This plot in Wenceslas square has a fascinating pedigree. In 1396, shortly after Charles IV founded the New Town, a brewery stood here, strategically placed halfway along what was then the horsemarket. By 1600, a handsome renaissance property named ‘U Žlutických’ occupied the space, and this in turn was replaced by a two-storey neoclassical house.

That building was demolished in 1895 to make way for this one, designed for the use of its architect Antonín Wiehl (1846-1910), a leading figure of the Czech neo-Renaissance.  Known as ‘Wiehlův Dům’, its facade — created by Josef Fanta with murals designed by Mikoláš Aleš  depicts the Ages of Man in the lower range and appropriate allegorical figures and rhyming proverbs in the upper range.

Below are two details from the north-west facade on Vodičkova streeet. The first shows a citizen being knighted for his achievements and then enjoying a prosperous old age surrounded by his family. The second, last in the series of allegorical figures, shows the Slavic goddess of winter and death, Morena, with the memento mori: ‘Proti Mořeně, není kořene!’: ‘Against death there is no cure’. 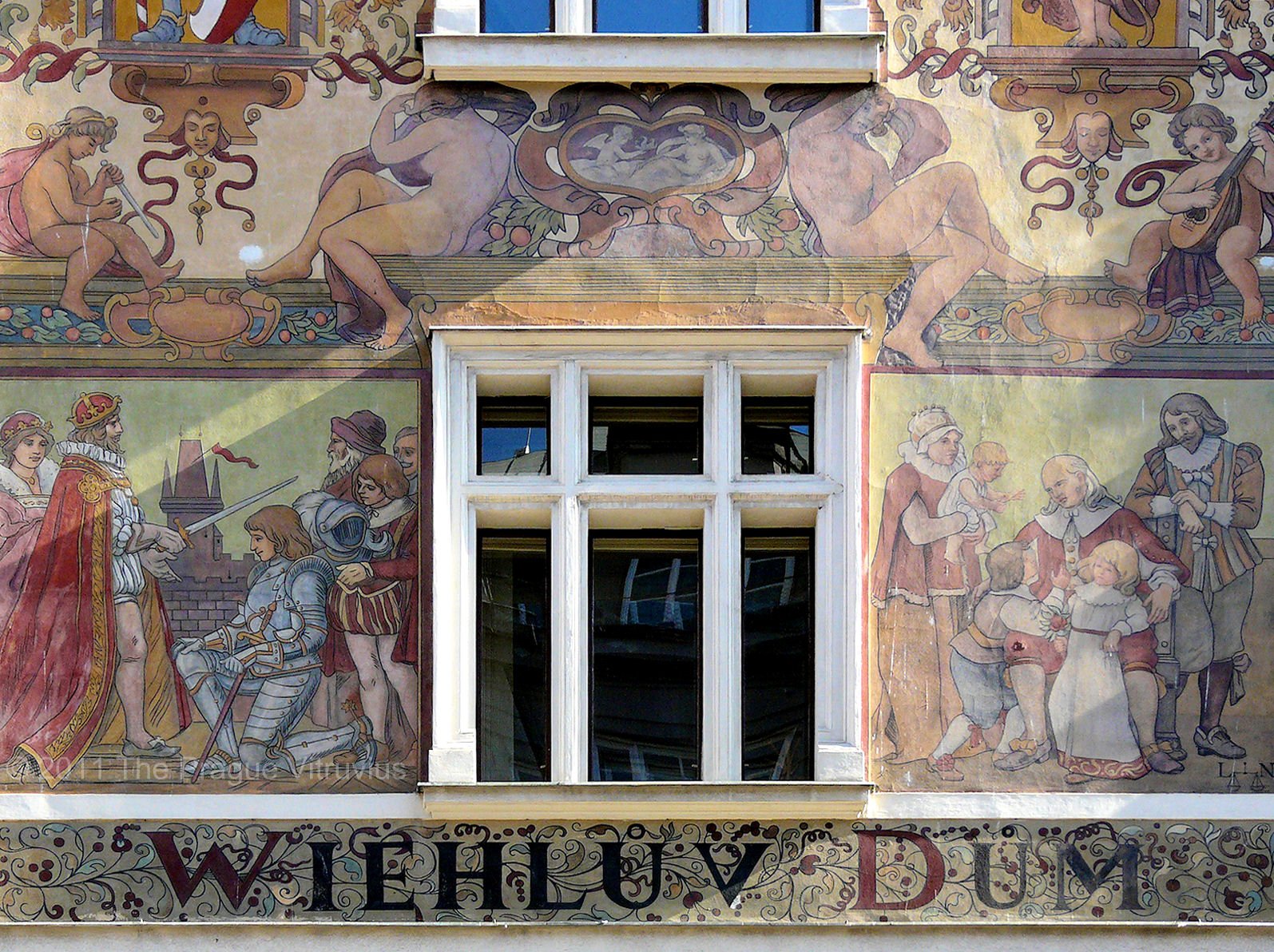 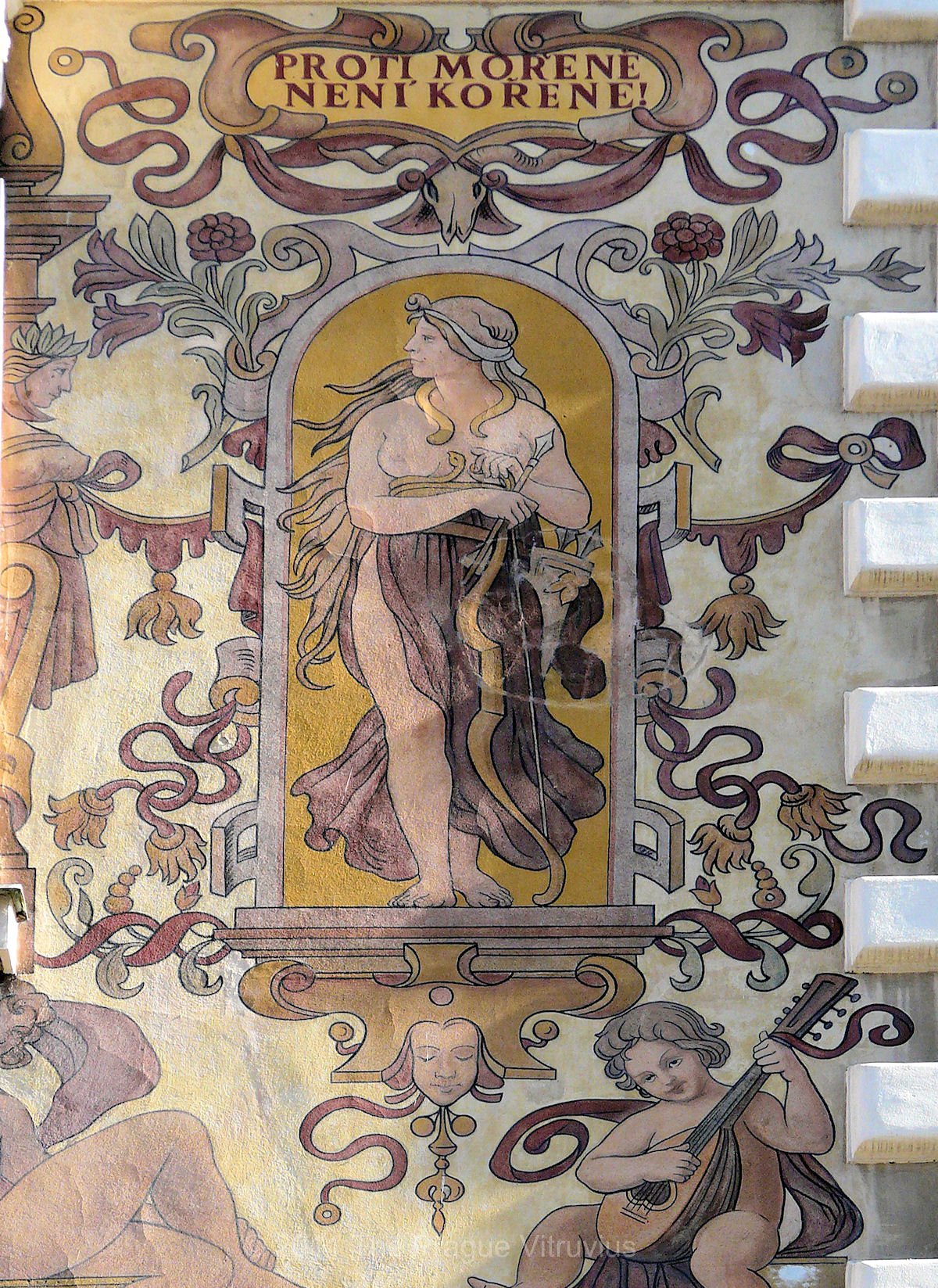