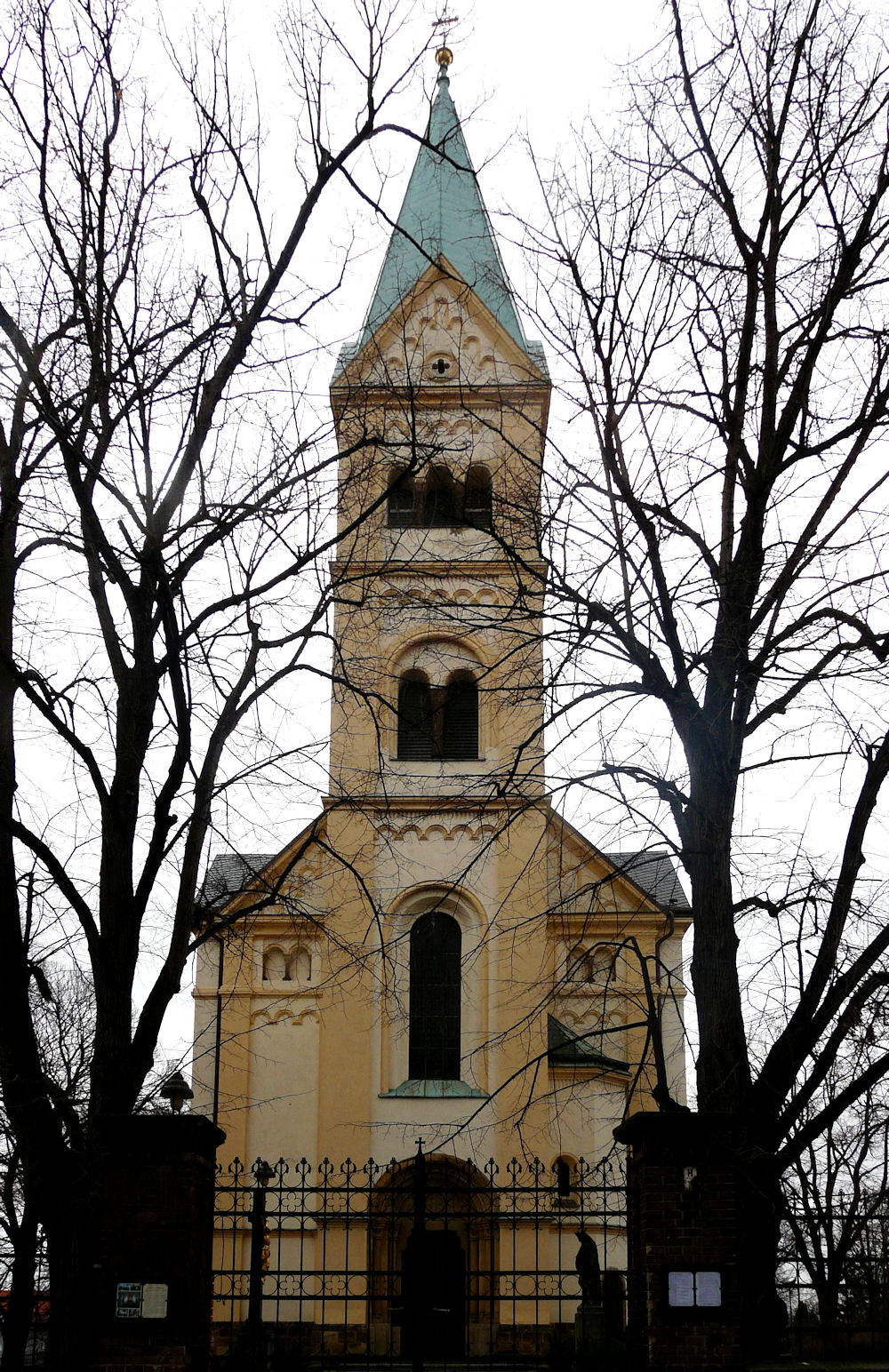 Built between 1890 and 1891 on high ground of Střešovice to the west of Prague, this romanesque-style church provided a much-needed place of worship for a rapidly expanding population.

The church’s dedication to Saint Norbert – a 12th century ascetic who spent most of his life in France – seems somewhat eccentric until we learn that the saint’s remains are buried in the nearby Strahov monastery, one of the most important houses of the White Friars, the order of canons founded by Norbert in 1120 in Laon. It was Zikmund Starý, abbot of Strahov in the 1880s, who proposed this new church.

The cruciform basilica was designed by the architect František Rožánek, who (in its steep gables and arched recesses and windows) not only captured the prevailing fashion for the mediaeval, but also expressed a sense of continuity with the Prague chapter of White Friars and the monastery of Strahov.