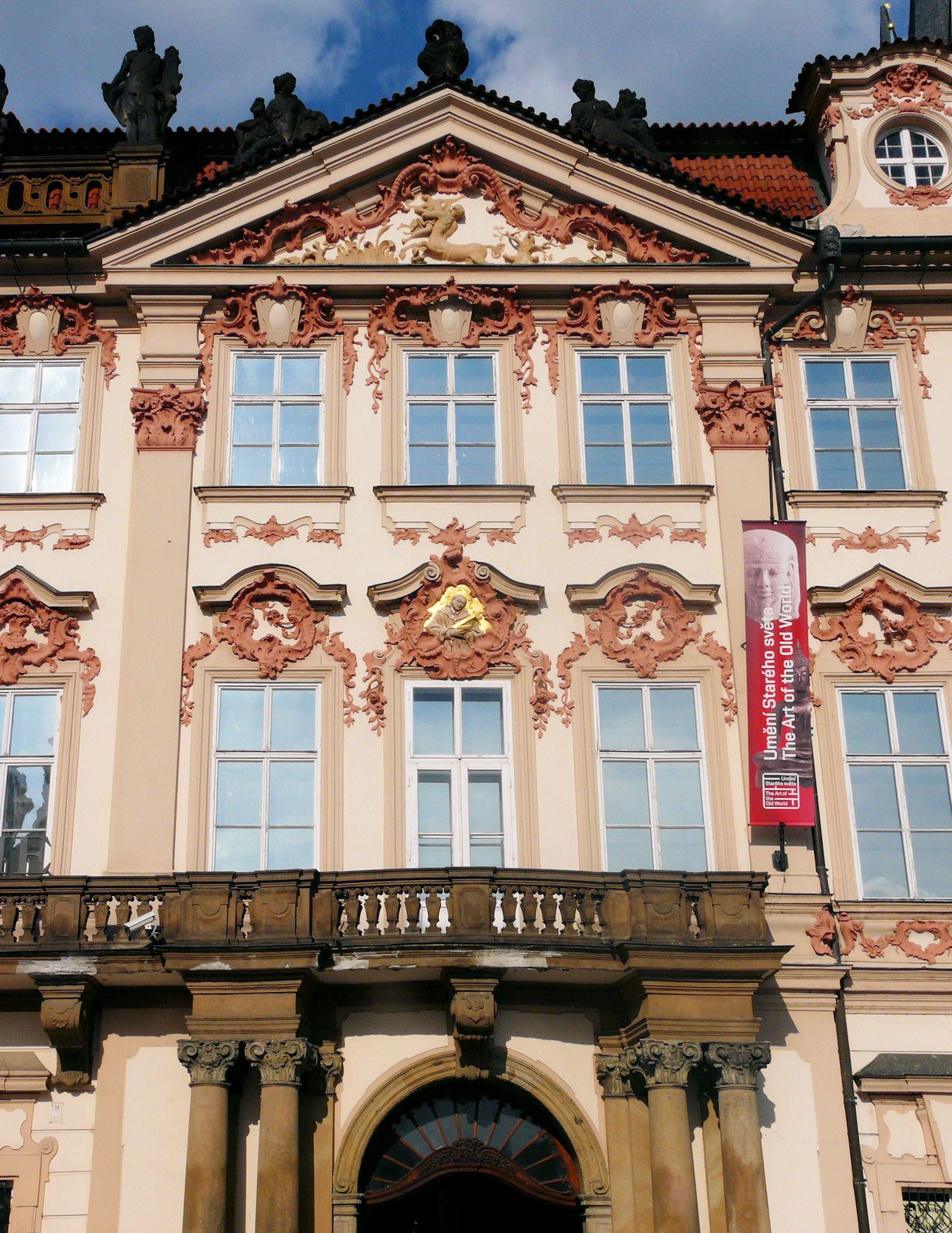 The Golz-Kinský Palace in the Old Town Square, nowadays part of the National Gallery, is a superb example of late baroque style.

In its courtyard Hermann Kafka had his haberdasher’s shop, and the palace housed the German school where his son Franz received his secondary education. In 1843, Bertha von Suttner, countess Kinsky, was born here. A notable pacifist, she persuaded Alfred Nobel to create the Peace Prize, of which she was herself the first recipient in 1905.

The present building with its rococo facade, to a design by Kilián Ignác Dientzenhofer, dates from 1768. The stucco work – including a depiction of St John of Nepomuk, identifiable by the five golden stars – is by Carlo Giuseppe Bossi. 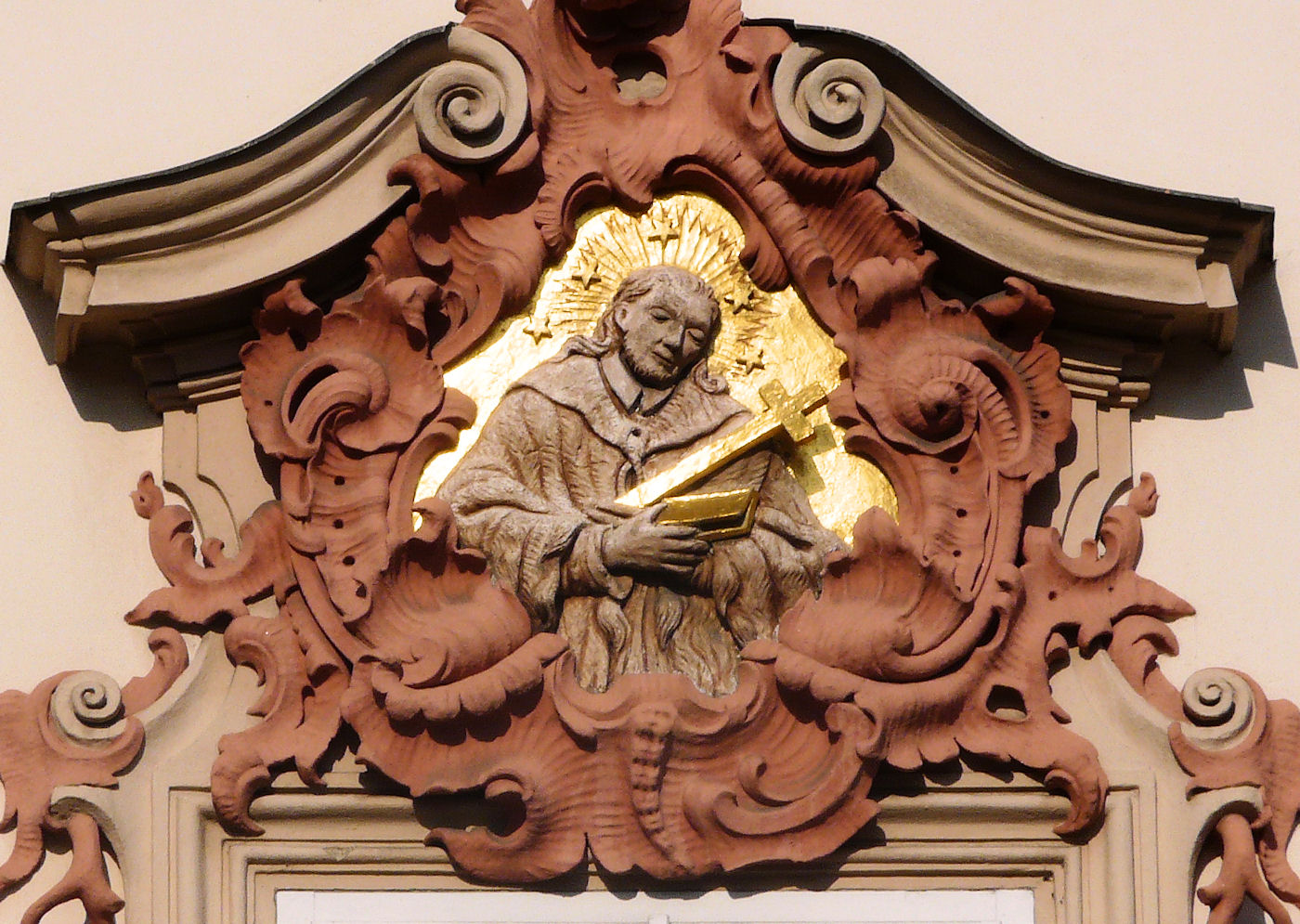