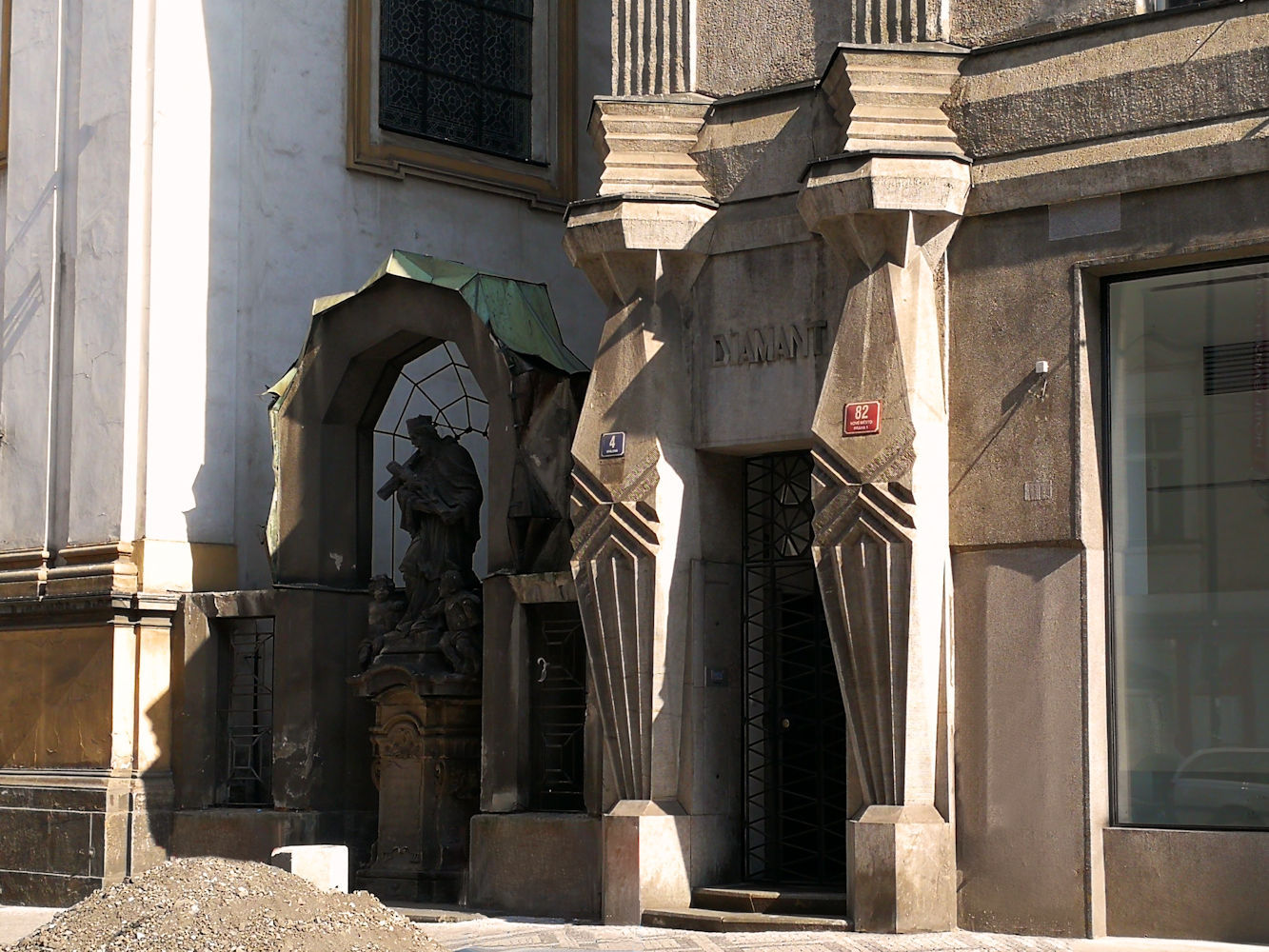 Until February 1912, this corner building in Prague’s New Town was due to be reconstructed in a traditional historicist manner, more sympathetic to the baroque style of the Church of the Holy Trinity next door.

However, some time between June and September of that year, the brief was transferred to Emil Králíček, chief designer at the construction firm of Matěj Blecha. And Králíćek had a very different idea in mind.

The 35-year-old architect had learnt his trade in Darmstadt at the feet of Joseph Olbrich, a founder member of the Vienna Secession. Something of a maverick, Králíćek’s designs tended away from applied decoration, and towards a bolder dynamic of line and space.

In the facade of the Diamond House, in particular, he successfully develops the geometry of late art nouveau into something more like cubism, with bold sculptural elements including the trademark hexagons that mark out his later projects such as the Hussite chapel in Žizkov.

Králíček was not a complete iconoclast, however: the baroque statue of Saint John Nepomuk standing between the house and the neighbouring church gained a cubist canopy as a way of linking the two very different facades.

Part of the building is now used as an additional gallery space by the Mánes Society of Prague Artists (Spolek výtvarných umělců Mánes), Ironically, although several other cubist architects had been members of that institution in the first decade of the 20th century, Králíček was not one of them. 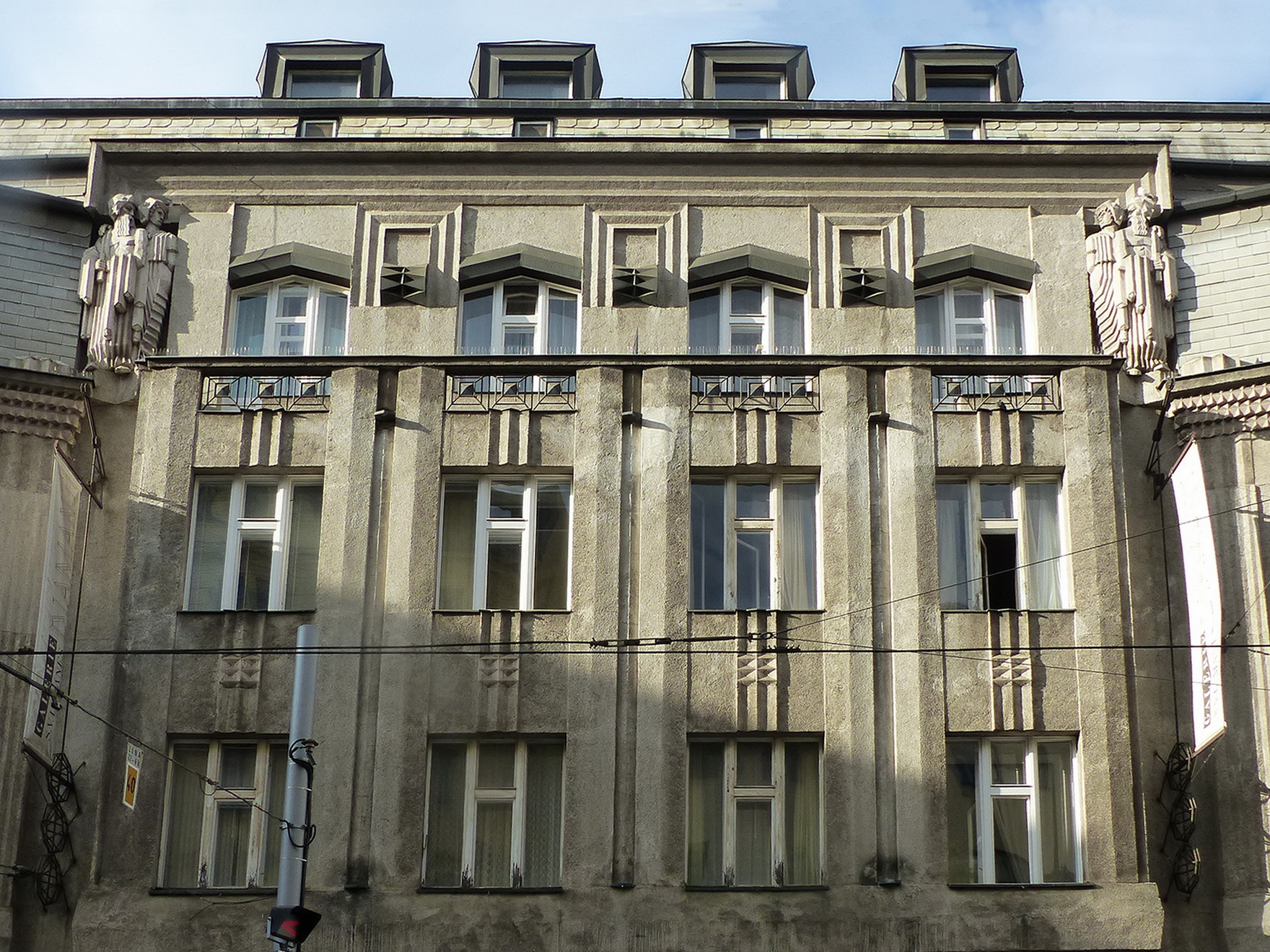 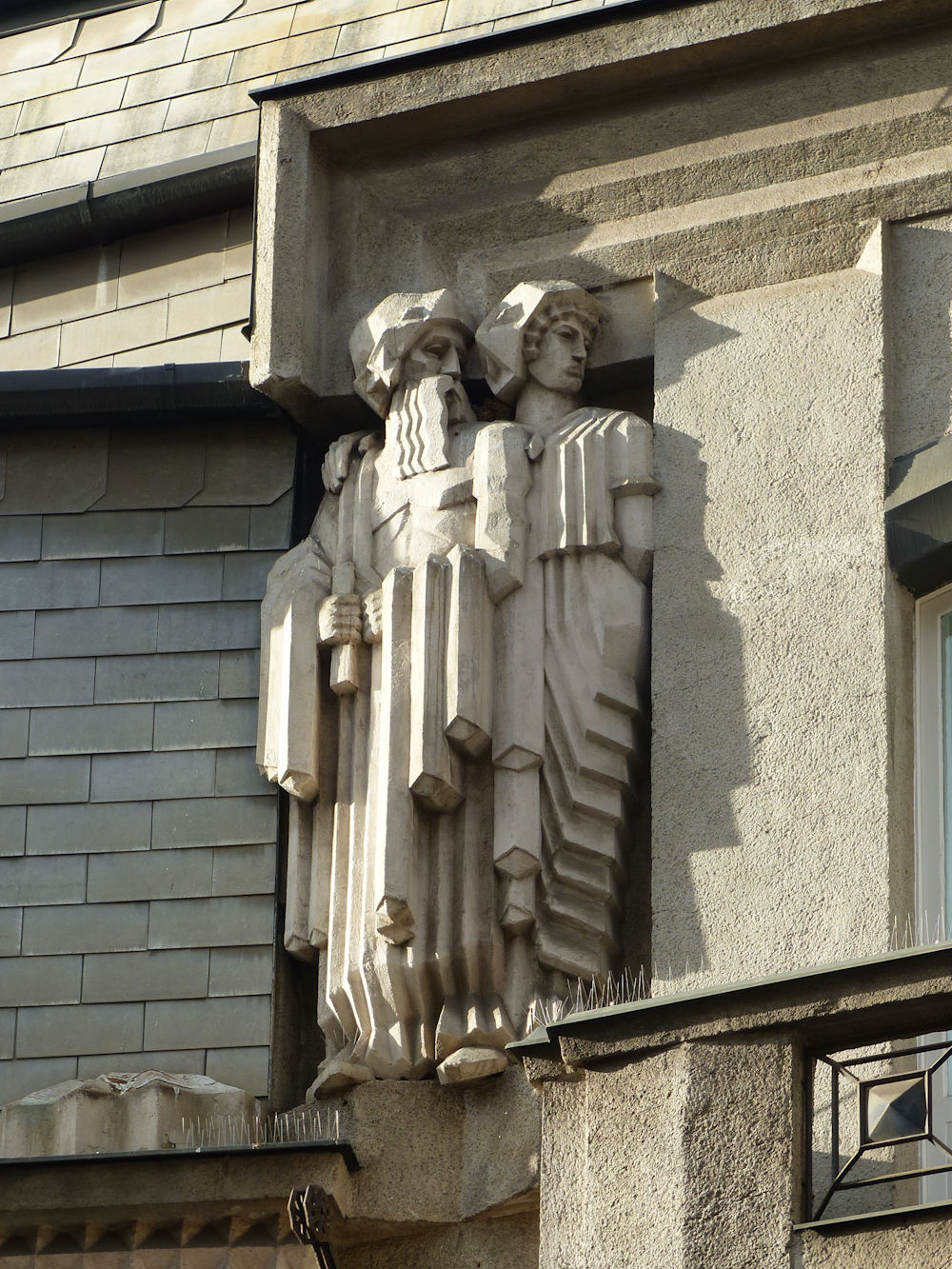