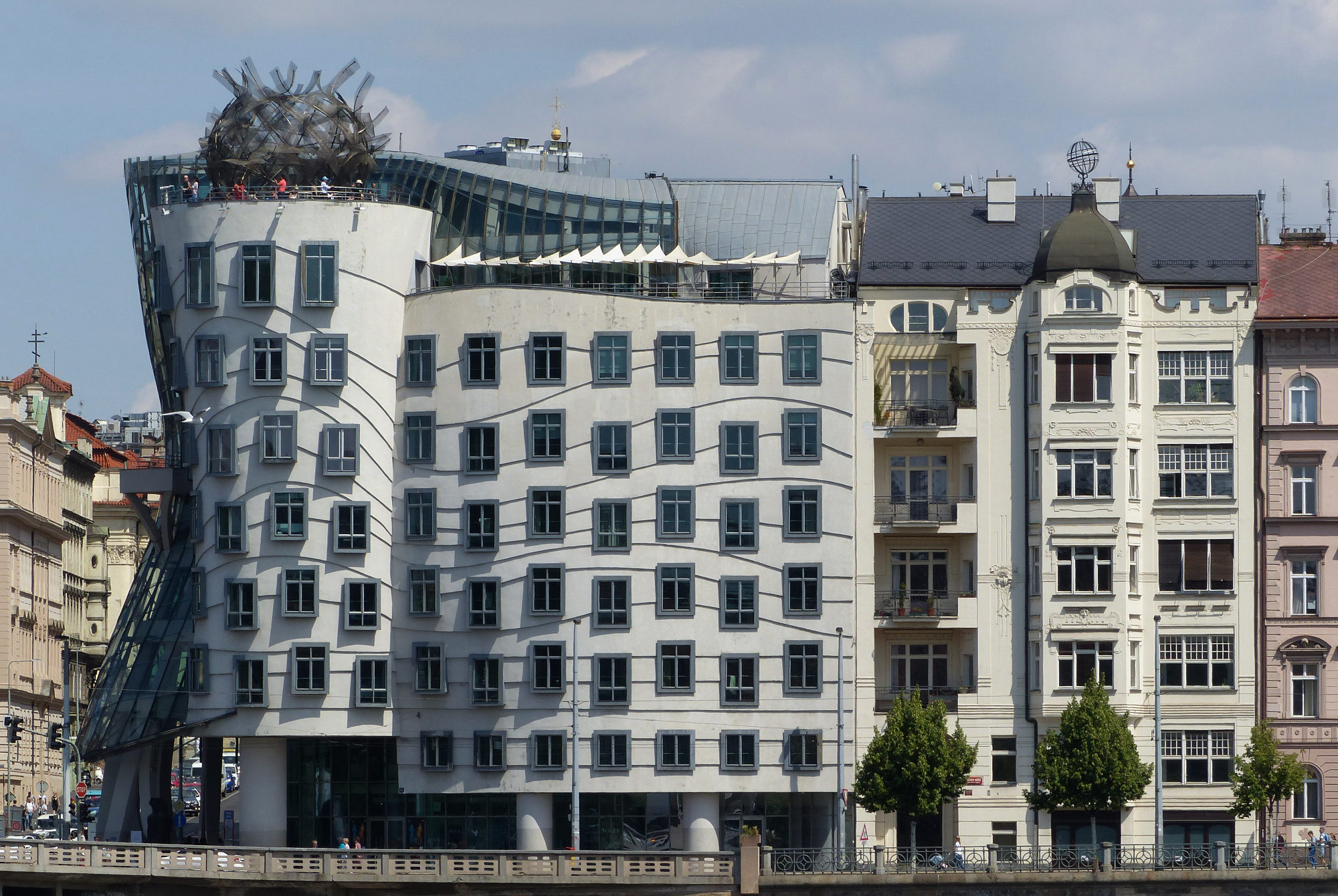 Situated on the right bank of the Vltava close to the National Theatre, this striking piece of contemporary design is the work of Zagreb-born Vlado Milunić, in collaboration with the award-winning Canadian architect Frank Gehry. On its completion in 1996, the curvaceous lines of the new Nationale-Nederlanden building earned it the soubriquet of ‘Fred and Ginger’; and it has since become known semi-officially as the ‘Dancing House’ (Tančící dům). The Czech architect Eva Jiřičná was responsible for the design of the building’s interiors.

The house occupies a corner plot which had lain vacant ever since the bombing of Prague in February 1945. One of its most striking features is the way that the contours of the southern facade gradually emerge from the parallel lines of the adjacent Art Nouveau building, 2000/78 – the address since 1905 of Václav Havel’s family.  Milunić, a neighbour of Havel, conceived the idea for a building on the neighbouring corner in the mid-1980s, and it was with Havel’s input that work began in 1992.