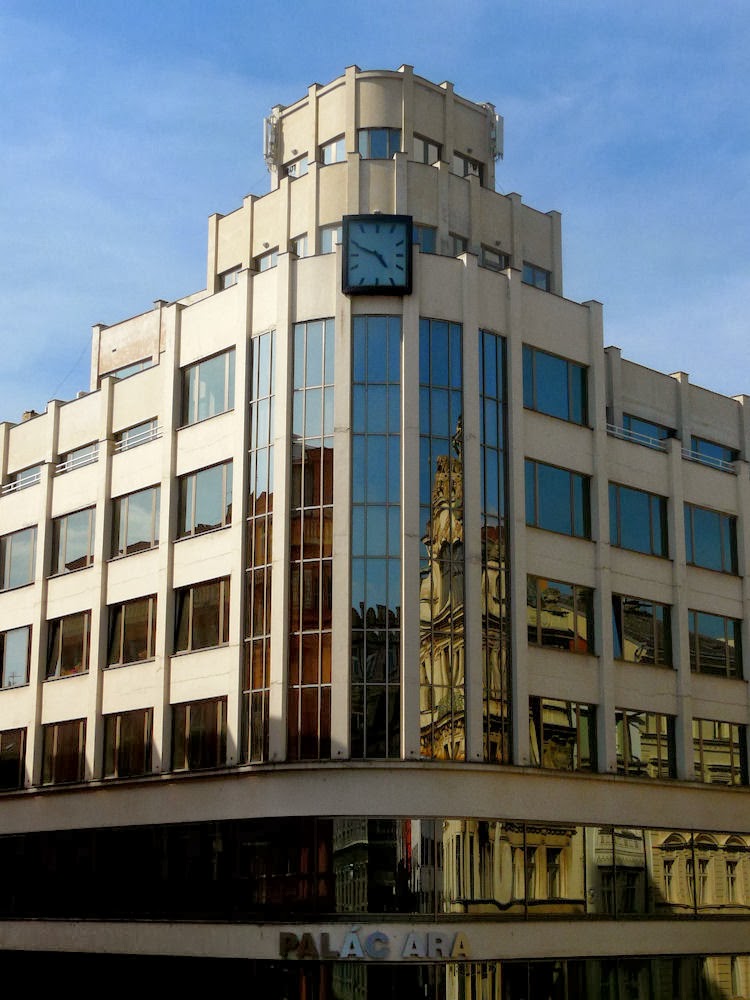 In the 17th century, the plot on which this building stands was owned by Vojtěch Had of Proseč, whose noble title, Perlštejn, probably gave Perlova street its name.

Until the twentieth century a neo-classical palace stood on this important corner near Wenceslas Square. In 1927, however, architects Milan Babuška and František Řehák were commissioned to design a new department store for the company A.R. Amschelberg in the favoured American art deco style.

Despite a fire which broke out just before completion in 1931, the seven-storey building survived, largely thanks to its steel construction. Renamed Palác Perla during the communist regime, the title ARA, reflecting the name of the original owners, has since been restored.