Church of Our Lady of the Snows 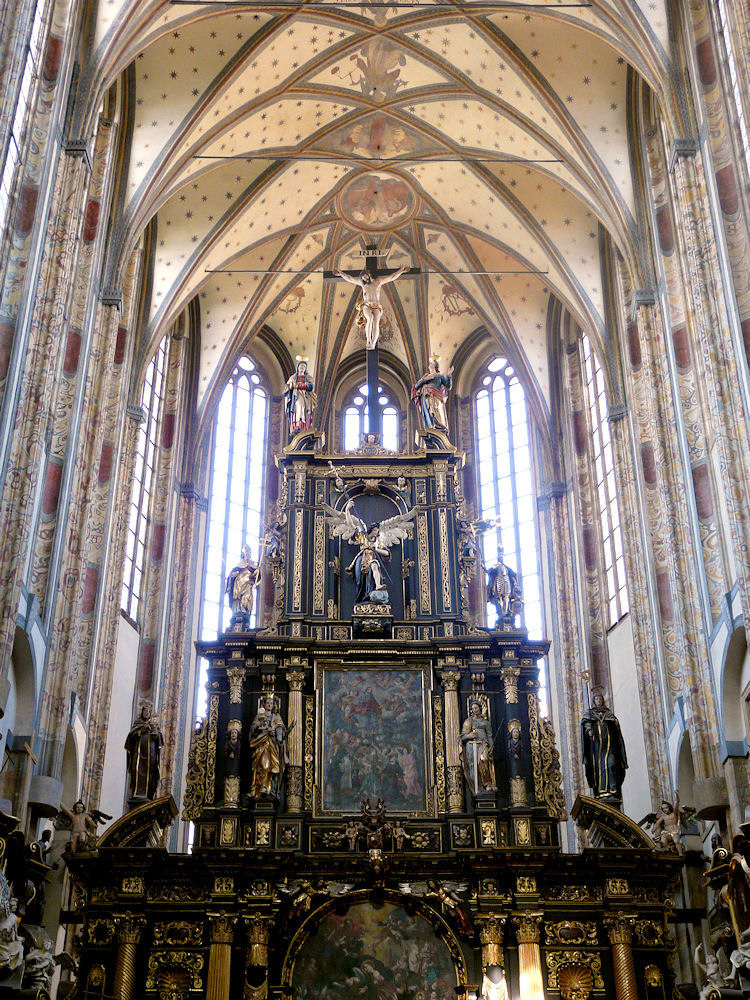 Ordained by Charles IV in 1347 on the day after his coronation, the original intention was to construct a great triple-aisled basilica reflecting the status of Prague as a second Rome. Even its name – Our Lady of the Snows – alluded to the Roman church of Santa Maria Maggiore, built when the Virgin Mary miraculously appeared during an equally miraculous late summer snowstorm.

However, a thirty-year delay, followed by the Hussite wars of the early 15th century, meant that only the chancel of this grand Carmelite church was ever completed, and today, sandwiched between the tall buildings of Wenceslas Square and Jungmann Square, it’s easily overlooked.

The interior, however, was spectacularly developed after Rudolf II handed over the church to the Franciscans in the 17th century. They were responsible for adding the delicate vaulted ceiling in 1606, as well as the grandiose high altar of 1651 which at nearly 100 feet was reputed to be the tallest and largest not only in Prague but in the entire Holy Roman Empire.