Elaborately painted and gilded stucco-work adorns the art-nouveau facade of The Old Synagogue restaurant in Prague’s Josefov district, designed in 1906 by the architects František Weyr and Richard Klenka of Vlastimil. The restaurant – whose name can be seen in the original mosaic above the door – takes its name from the neighbouring ‘Old-New Synagogue’.

The turreted exterior of this somewhat self-indulgent fantasy fits well with its position on a corner of wealthy Pařížská (Paris) street, but its grandiose scale dwarfs the tiny mediaeval building after which it is named.

Perhaps unsurprisingly, Richard Klenka cuts a somewhat eccentric figure in architectural history. He learnt his trade in Paris and later became famous for bicycling across Europe as far as Spain; in fact he is credited with introducing cycling as a recreation in the Czech lands. Klenka and Weyr continued to work together. As well as the Hotel Ambassador in Wenceslas Square, they also designed an altogether more restrained apartment building on neighbouring Maiselova street. 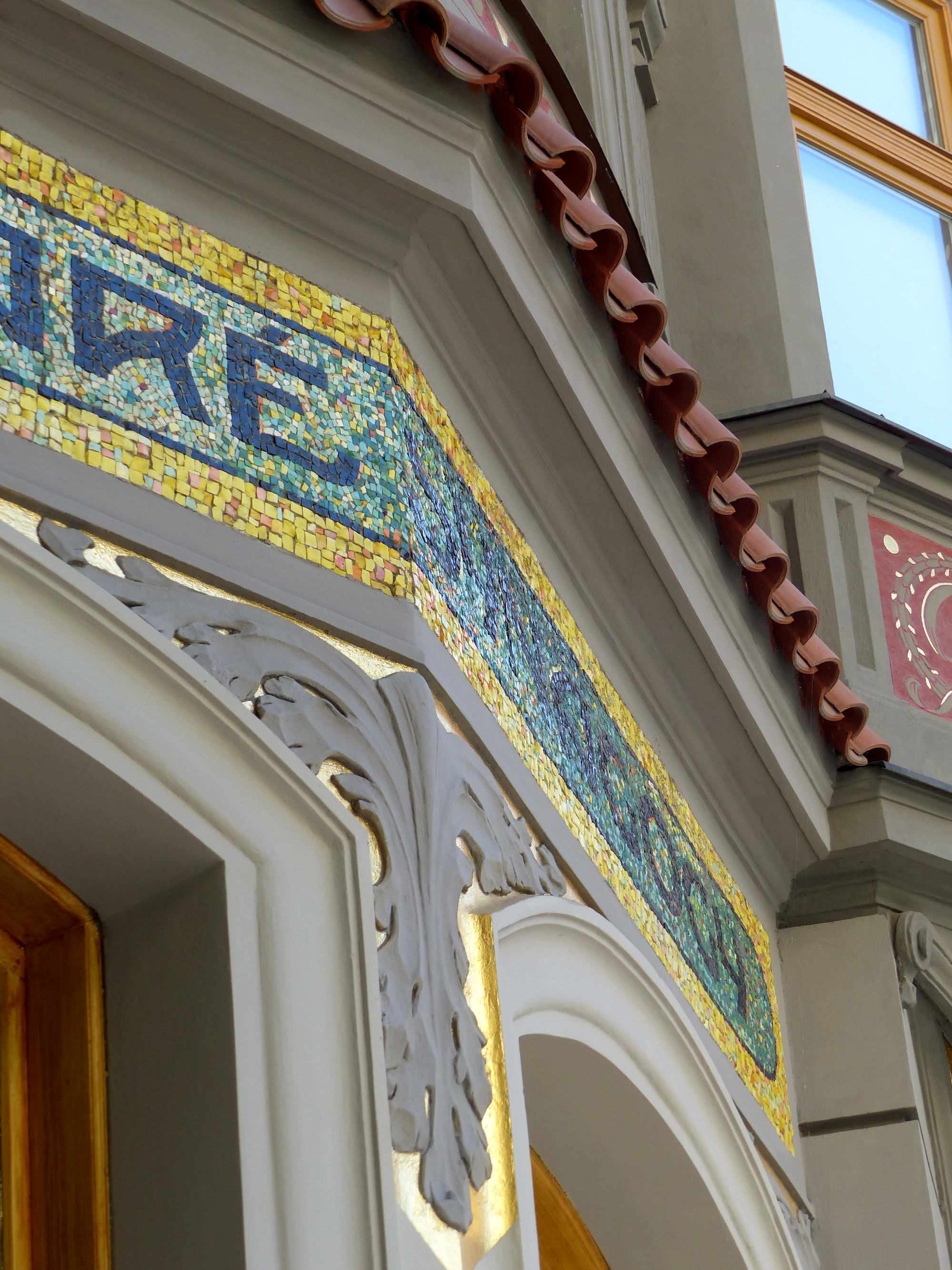