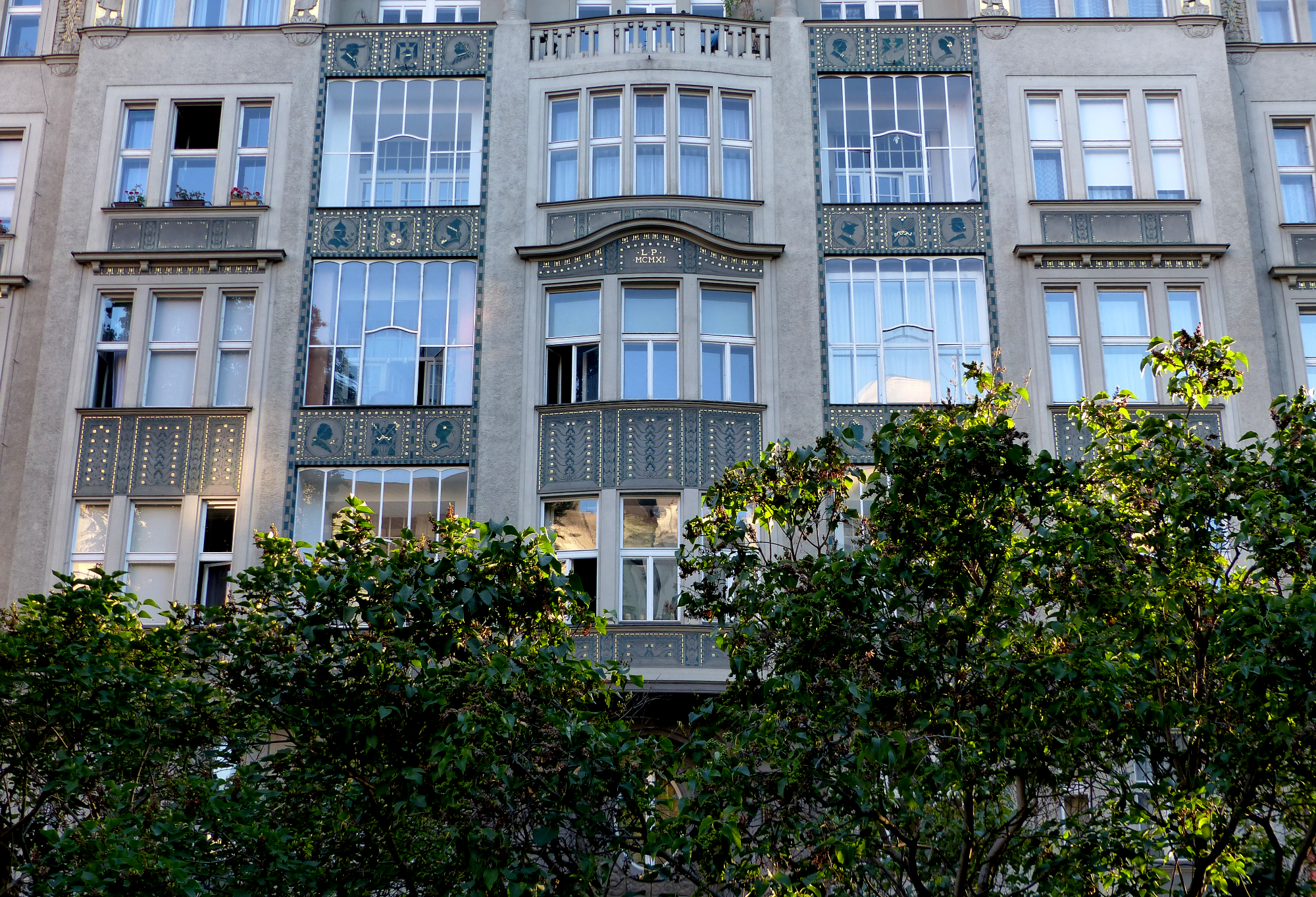 The ‘asanace’ (or cleansing) of the old Jewish town of Prague began in earnest in 1895. Synagogues were preserved, but six hundred ordinary dwellings were destroyed in favour of a ambitious new streetplan. Central to the reconstruction was a wide tree-lined boulevard, running on a south-north axis from the Old Town Square to the river, and named in honour of the then Russian tsar Nicholas II.

Pařížská (Paris) street, as it later became known, presented the perfect playground for architects and designers to experiment with. In 1906, Richard Klenka and František Weyr created a turreted art-nouveau fantasy in the form of the Old Synagogue restaurant; and four years later, the same architectural team turned their attention to this – slightly less eccentric – set of apartments separated from the main thoroughfare by a quiet garden.

Maiselova street is named after Mordecai Maisel, a famous leader of the Jewish community during the Renaissance. By lending money to Rudolf II during his multiple campaigns against the Turks, he was able to finance the construction of the synagogue (now named after him). Historically (and possibly ironically) the street was known as ‘Gold Street’.

The facade of Klenka and Weyr’s 1911 building eschews art-nouveau floweriness for the more restrained motifs of the German ‘Biedermeyer’ style; the gilded silhouettes of a Jewish couple may refer  to the former street name, or more specifically to Mordecai Maisel himself, in the company of his wife, Frummet.