The Church of the Sacred Heart was designed by Slovenian architect Jože Plečnik and constructed between 1928 and 1932. Plečnik had already successfully remodelled elements of Prague Castle at the behest of the founding president of the Czechoslovak Republic, Tomáš Masaryk, and this project was part of a general scheme to provide a centrepiece for the rapidly expanding suburbs of Vinohrady. The church was also intended as a symbol of nationhood: its foundation stone was laid on 28 October, the tenth anniversary of the foundation of the republic.

Plečnik’s art deco plan follows his interest in Roman and pre-Roman styles, integrating design elements of classical architecture such as pediments, friezes and obelisks, with modern industrial materials: huge bronze doors, blue glazed bricks and the enormous functional clock, the largest of its kind in Central Europe. At 42 metres high, and (unusually) stretching the entire width of the nave, the tower gives the church the appearance more of a grand railway station than a place of worship.

Inside, the effect is similarly shocking: bare brick walls, pierced at regular intervals with gold Greek crosses, and spherical copper lamps suspended from the unsupported ceiling. You might be inside a conference hall, were it not for Damian Pešana’s ten-foot gilded statue of Christ above the altar. 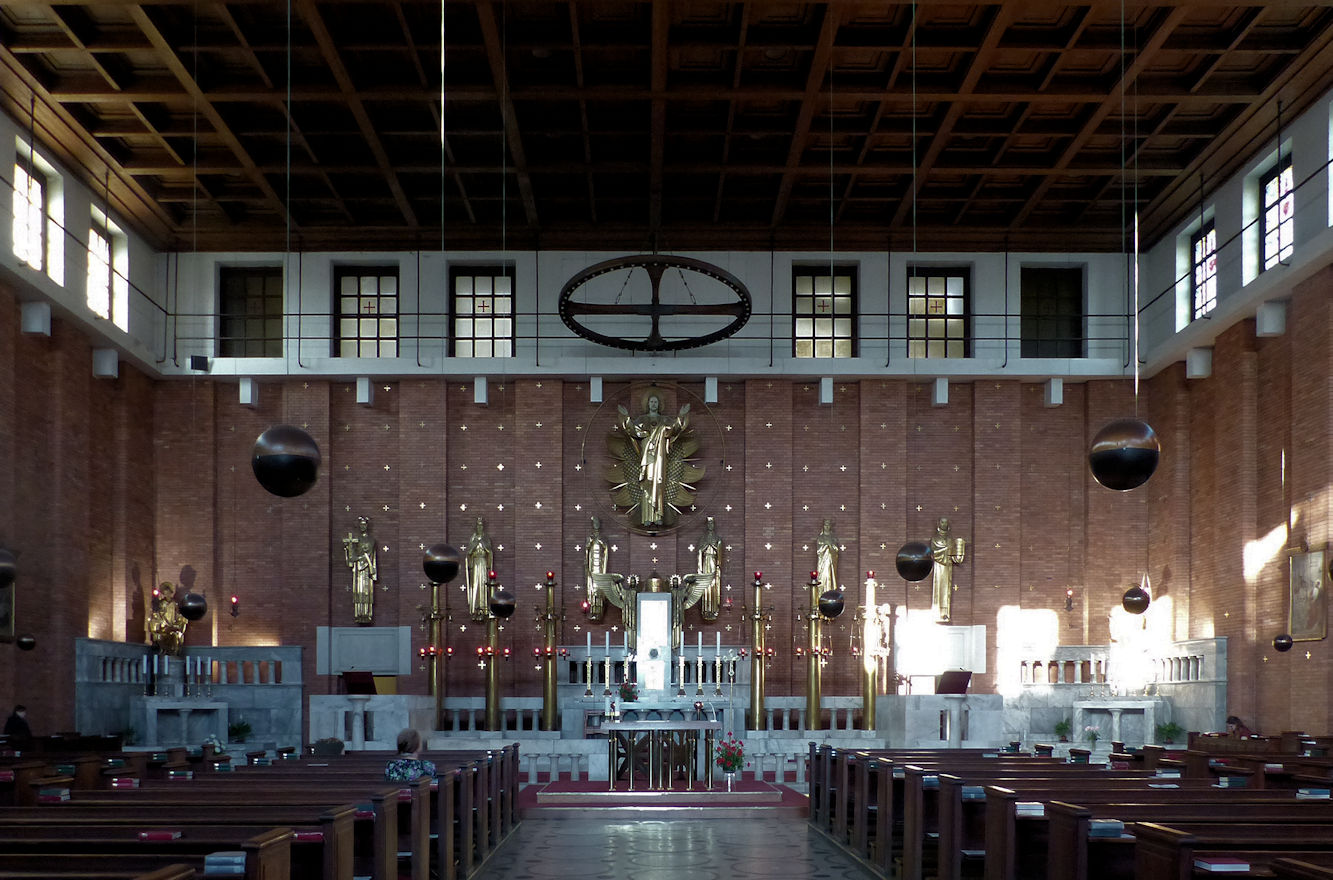