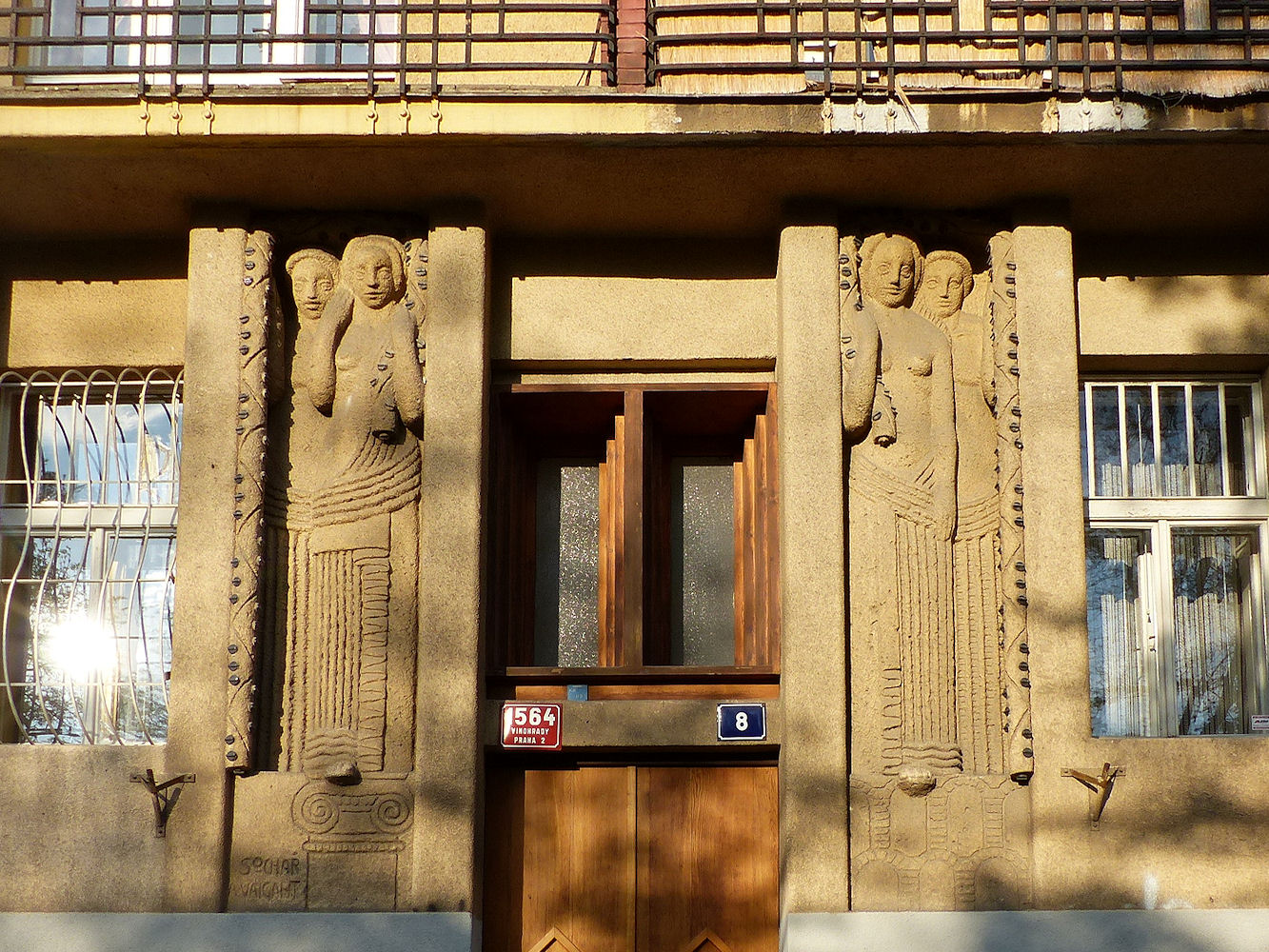 The street in Prague’s Vinohrady district named after the composer Frédéric Chopin presents, as they say, a ‘smorgasbord’ of historical styles: one end is all gothic revival, turrets and bay windows, while the other exhibits the clean lines and sober articulation of modernist blocks such as this one by the 24-year-old Bohumil Waigant, a pupil of Jan Kotěra.

By 1909, when he started working on the house, Waigant’s older brother Antonín was already a successful sculptor, and the two were frequent collaborators. In this particular example, a rather ordinary portal is sparked into life by Antonín’s bas-reliefs of four Greco-Roman women. Set neatly into the narrow bays on either side of the door, their gracious, primitive forms lend a distinctive deco feel to the facade.

A further pair of figures in the same style adorns the doorway of the neighbouring house, also conceived by the Waigant brothers. 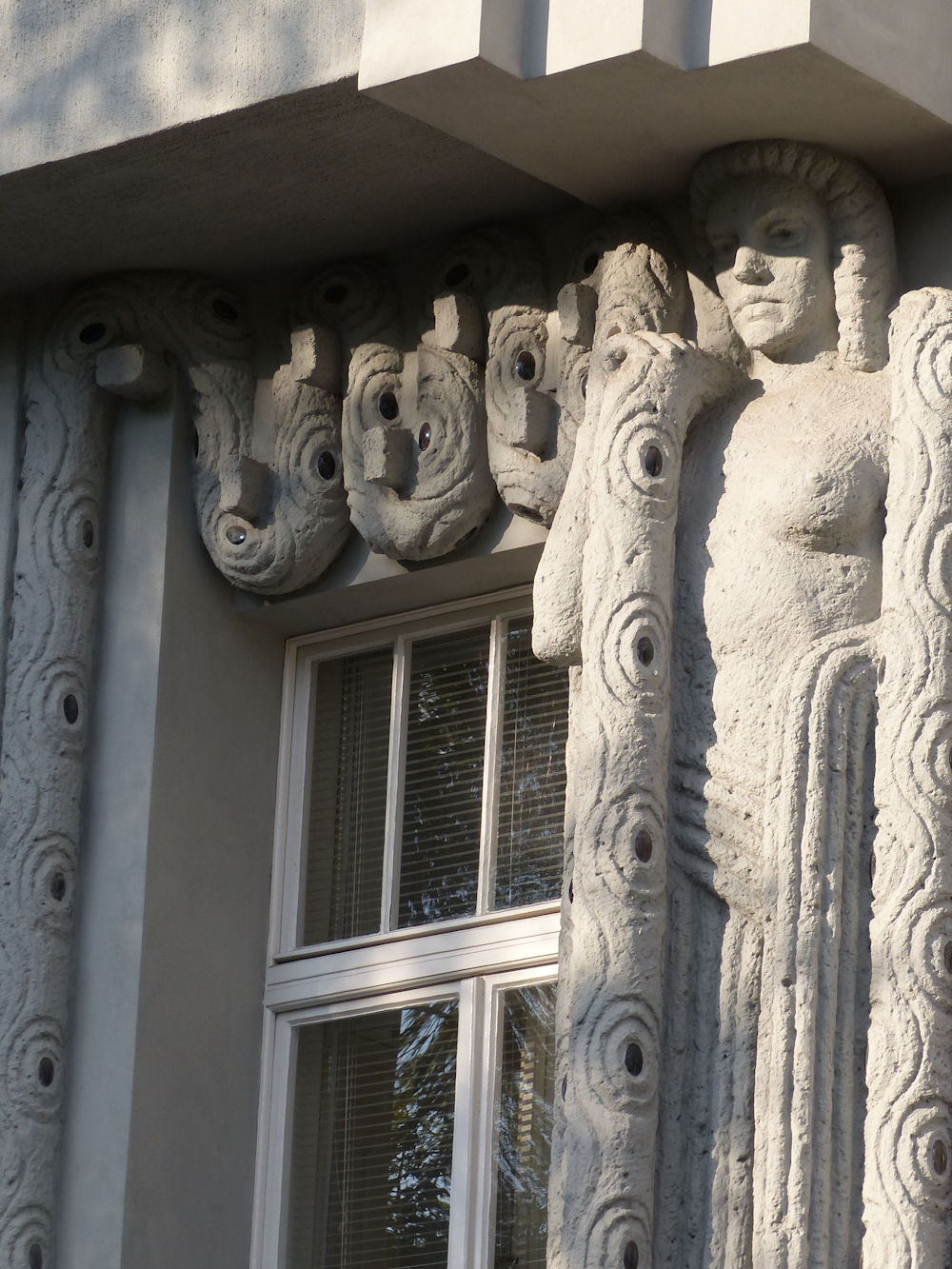