The ornate Parisian-style apartment blocks of Kodaňská Street and its immediate neighbourhood are some of the most impressive domestic houses in Prague. But even those not facing directly onto that grand boulevard still have a distinctiveness and charm of their own.

These twin apartment blocks on the intersecting Tolstoy Street are done in the late art nouveau style, either by Edvard Paroubek, or by his collaborator Josef Pospíšil (who was responsible for much of the revivalist architecture in the nearby Vinohrady district).

Even before the First World War, many Czechs (and not only Dvořák) looked to America as a pattern of liberty and idealism on which they might base their own ‘new world’ once they gained their freedom from Austria.  So it should not be too surprising to find the names of these state capitals (along with that of New York on another of Paroubek’s buildings a few streets away) inscribed on the facades. 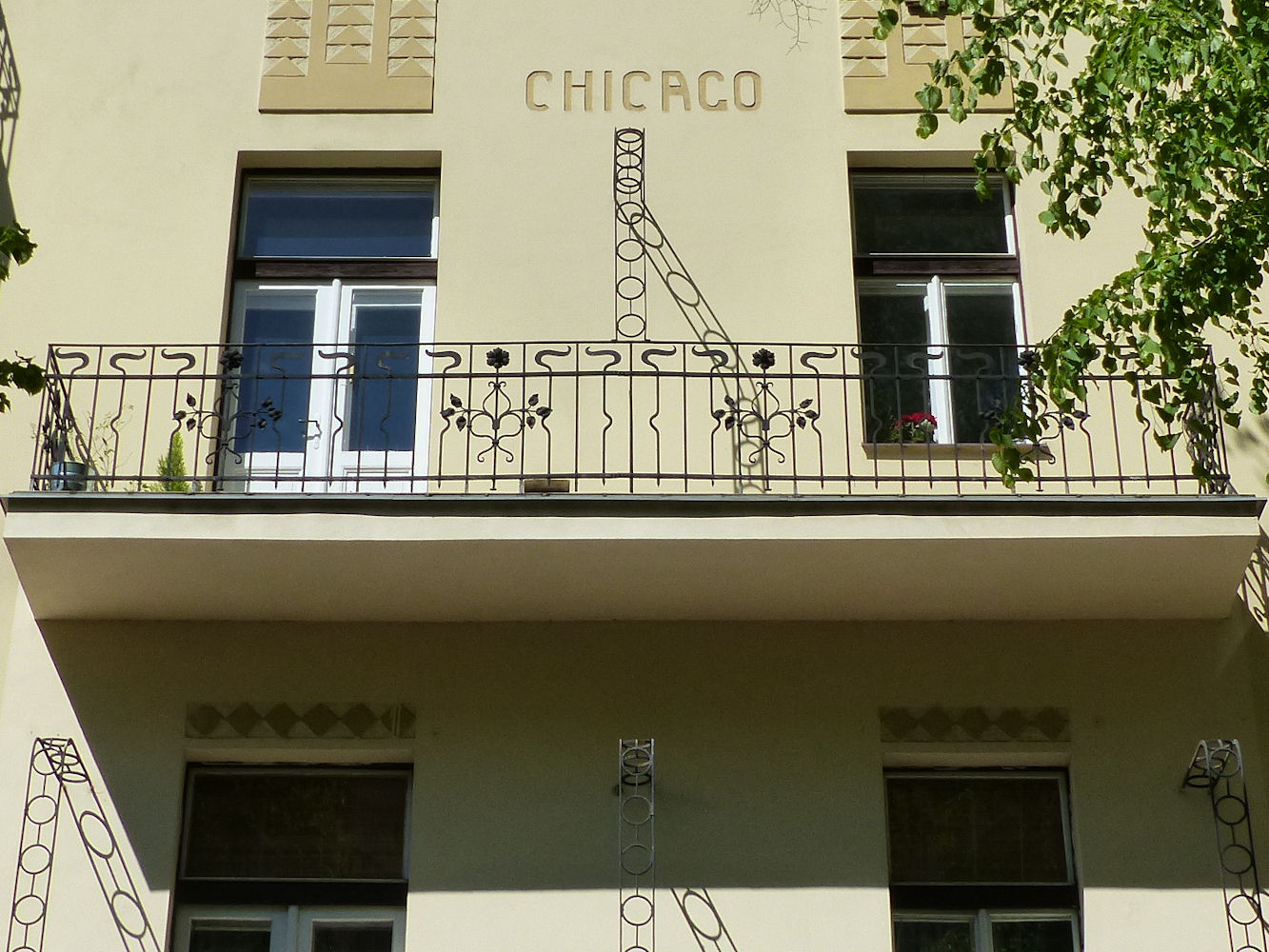