The first television signals in Prague were transmitted from Petřín Hill in 1953. By 1974, however, there was a clear need for a purpose-built high-power transmitter, and plans started to be drawn up for a replacement.

The result, conceived and built by architect Václav Aulický and engineer Jiří Kozák, was constructed from 1985 to 1992 in the neighbourhood of Žižkov; and its rocket-and-gantry appearance has inspired love and loathing in equal measure ever since. Particularly controversial was the decision to site the new broadcasting tower on the land occupied by the then largest Jewish cemetery in Prague.

709 feet high, the tower is a tripod in cross-section, with nine observation platforms emerging from the central core at three different levels. The tallest structure in Prague, it can be seen from almost every part of the city. 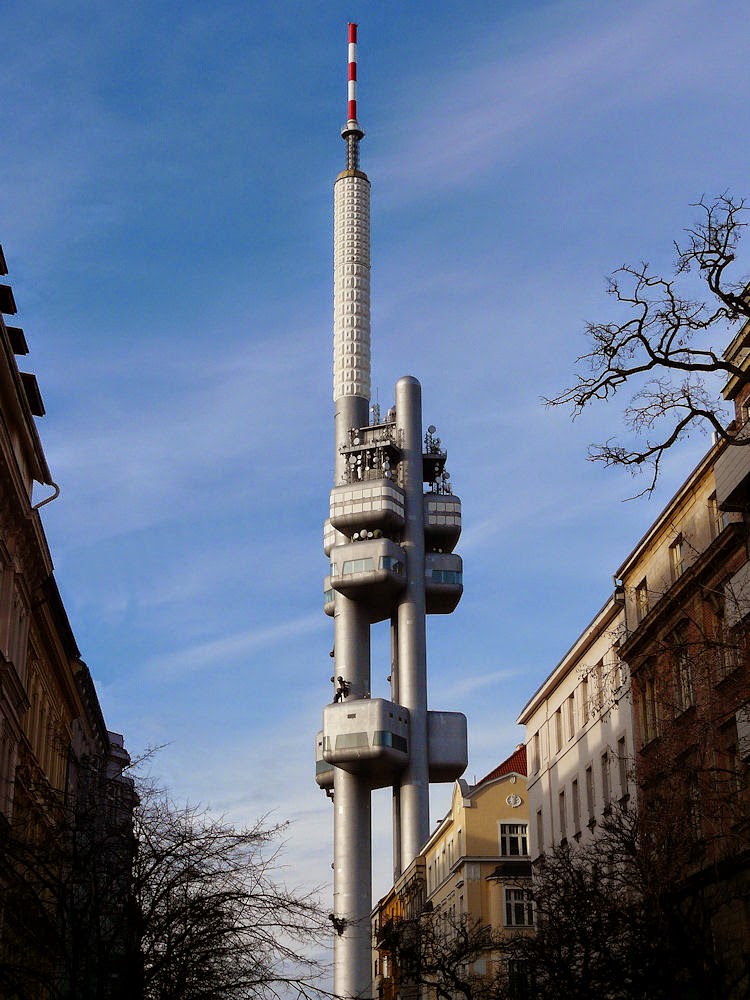 Since 2001, ten gigantic fibreglass babies designed by avant-garde artist David Černý have been affixed to the three enormous supporting pylons. It’s a gesture whose humour has somewhat softened the tower’s reputation both architecturally and politically – during Communist times it was rumoured that the tower’s true purpose was to block pro-Western broadcasts.