The Benedictine convent of St George at Prague Castle was already long established when, in 1228, King Otakar I of Bohemia gifted the nearby village of Břežany to the nuns. The village, whose name comes from a word meaning ‘river-bank’, soon gained the addition ‘Panenské’ (of the Virgin), and became the seat of the convent’s powerful abbesses for the next five hundred years. A residence was built, along with a chapel dedicated to Saint Anne.

Following a devastating fire in 1691, the then abbess, Francesca Helena Pieroni de Galiano, took the opportunity to rebuild both residence and chapel. For the latter project, she commissioned Jan Blažej Santini-Aichel (a pupil of Jean Baptiste Mathey) who was already turning heads with eccentric geometrical designs strongly influenced by his hero, the Italian architect Francesco Borromini, whose work he had admired on a visit to Rome. 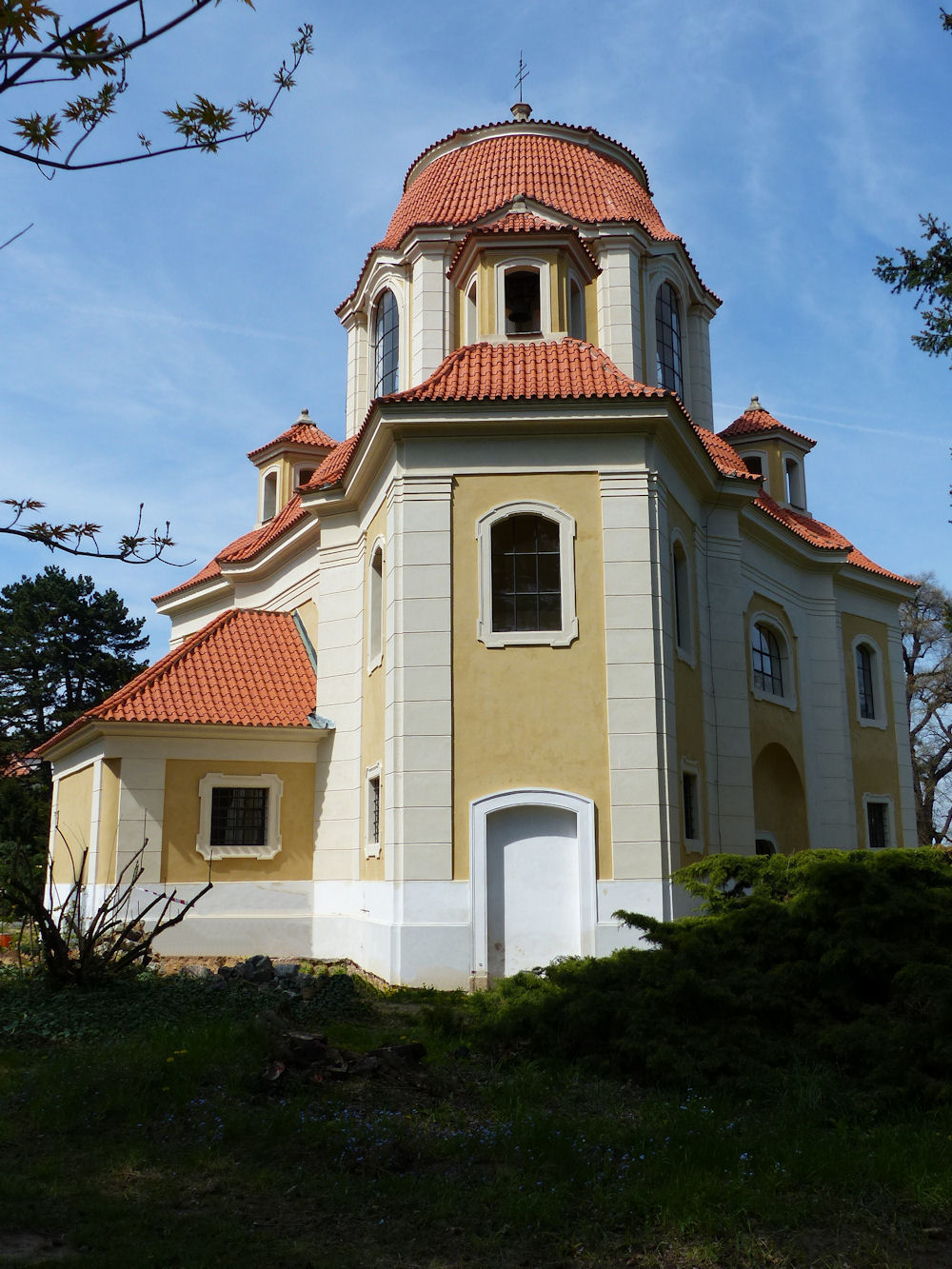 Like Borromini, Santini’s fascination lay in the interplay of line and space, and particularly the sense of movement that arose from the connection of concave and convex curves. Basing the chapel’s plan on numerological principles (triangles for the Trinity, pentagons for the five wounds of Christ) the 28-year-old architect produced a compact, dynamic building that his admirers see as the launchpad for his later work. The chapel was constructed by master builder Filip Spannbrucker between 1705 and 1707.

The neighbouring house was rebuilt in a style sympathetic to Santini’s for use as a summer house for the convent. Having passed through several hands after the dissolution of the convent in 1782, in 1941 it became the home of K.H. Frank, the notorious SS officer among whose many crimes was the organization of the destruction of Lidice. Having served as a retirement home since the war, the chateau is currently being remodelled as a museum of anti-fascist resistance.