The south range of the Cathedral of Saint Vitus in Prague Castle is dominated by the so-called Golden Gate (Zlatá Brána). This ceremonial facade, commissioned by Charles IV in 1370, is covered in a priceless mosaic depicting the Last Judgement. Italian in style – and possibly in execution – it shows Christ in Majesty, sitting in judgment over the blessed (to His right) and the damned (to His left).  Beneath the throne kneel six Bohemian saints (Procopius, Sigismund, Vitus, Wenceslas, Ludmila and Vojtech) and below them the earthly patrons Charles IV and his fourth wife Elizabeth of Pomerania. These figures can be seen more clearly in the detail below:

The mosaic wall connects the south transept with the South Tower (detail below). Despite the fact that the foundations were laid in 1367 by the master builder Peter Parler, it was completed only in the late 1500s with the addition of the sumptuous gold grille and, above it, the monogram of Rudolf II, Holy Roman Emperor. 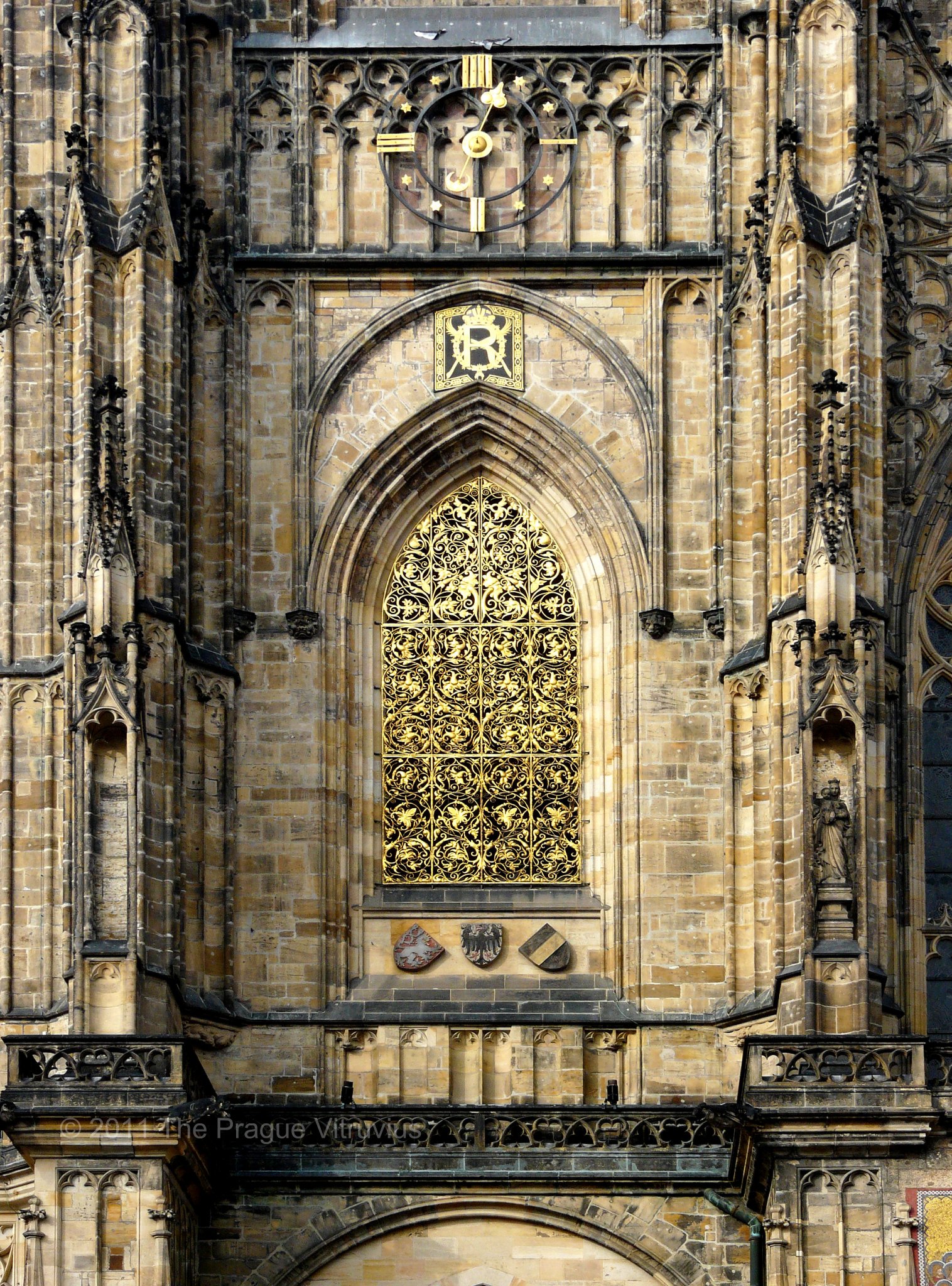