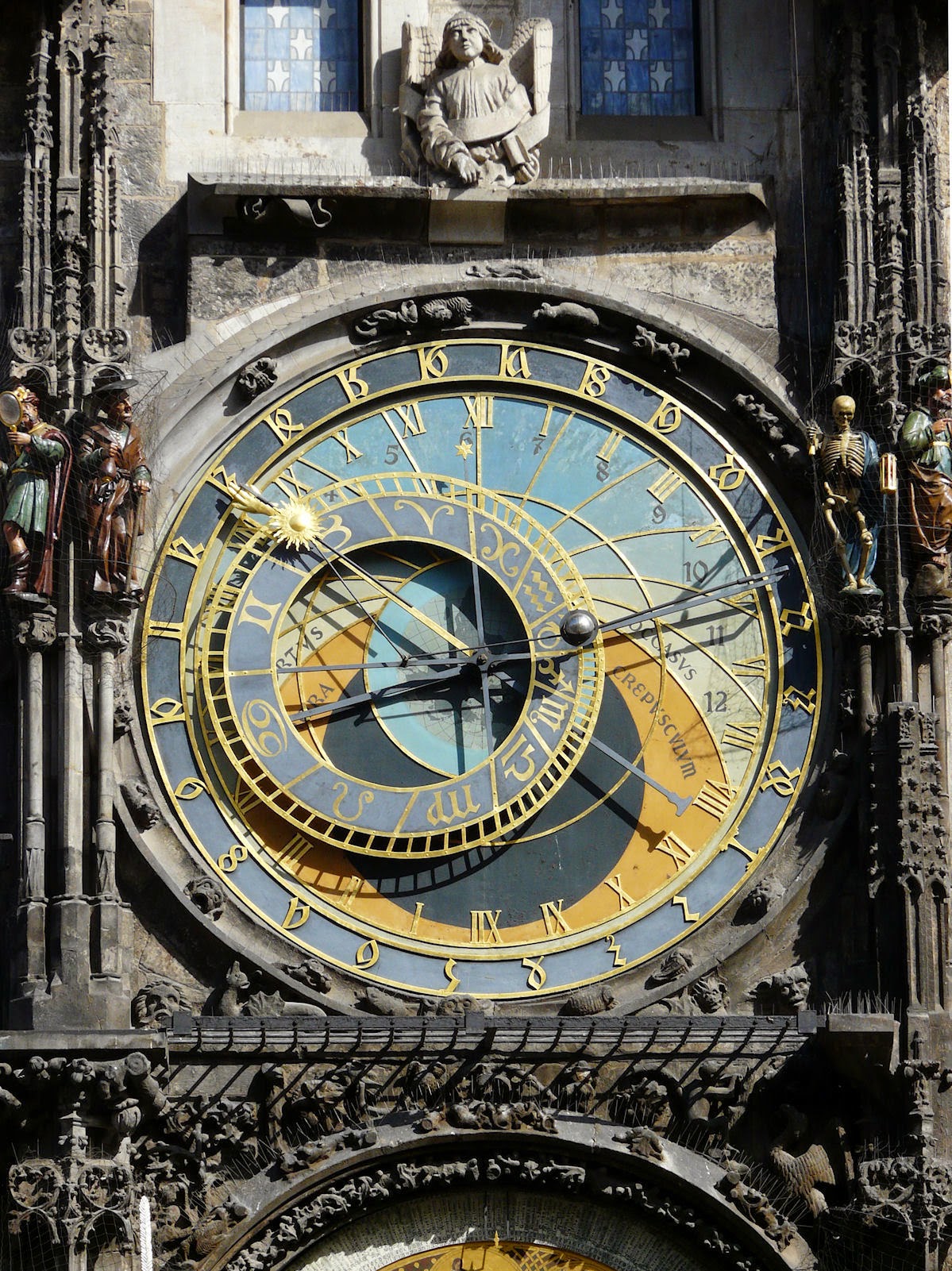 The exact authorship of the mediaeval clock (‘orloj’) in Prague’s Old Town Square is confused, but it seems to have been the result of a collaboration between Mikuláš of Kadaň and Jan Šindel, an astronomer and vice-chancellor of Charles University. The upper dial, showing the relative position of the sun and moon along the ecliptic, was completed in 1410 and attached to the wall of the Old Town Hall tower (itself completed in 1364, with later stonework by Peter Parler).

A lower dial – a calendar of the months and seasons – was added in 1490, probably by one Jan Růže, also known as Master Hanuš. He may also have been responsible for the automated allegorical figure of Death ringing a bell and turning an hourglass. 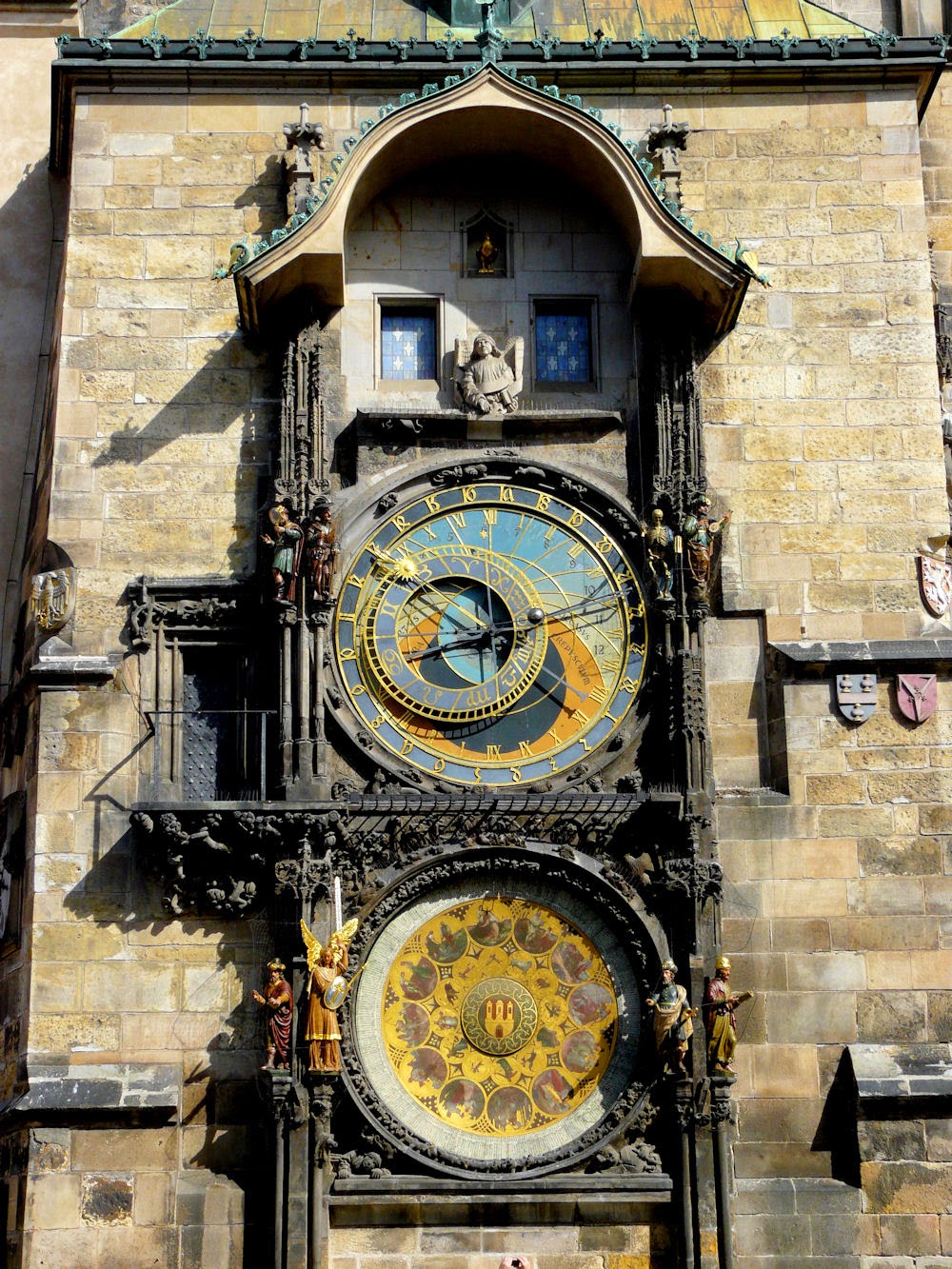 For many years, a colourful story (perpetuated by the writer Alois Jirásek, an inveterate collector of Prague legends) told that Master Hanuš was the originator of the clock as a whole, and that he was blinded with a hot poker in order to prevent him from making a copy for any other city. Like many of the tales associated with the clock, the story is compelling but entirely fictional.

In 1866, at the height of the Czech National Revival, the clock underwent significant modifications. A modern chronometer was installed to drive the original mechanism. The calendar plate was redesigned with folkloric elements by the celebrated Czech painter Josef Mánes, based on a concept by the poet Karel Jaromír Erben. But Mánes’s work was deemed too precious to be exposed to the elements and in 1880 it was removed for safekeeping and replaced with the copy we see today by Emanuel Krescenc Liška.

Every hour, a rotating parade of apostles appears at two windows to offer their benediction to the crowds who gather at the foot of the tower. Disappointingly, these too are modern copies – replacing those burnt during the Nazi retreat from Prague in May 1945 – but we learn that the originals themselves date only from the mid-nineteenth century. Even the golden cockerel, whose squawk signals the end of the show, was added only in 1882.

Despite its multiple renovations and additions, however, Prague’s astronomical clock remains in essence a quintessential part of the city’s heritage. It continues to delight and fascinate its thousands of visitors, and to tell the time (since 1948 corrected to Central European Time) as it has always done.