Náměstí Míru: ‘Girl with a Dove’ 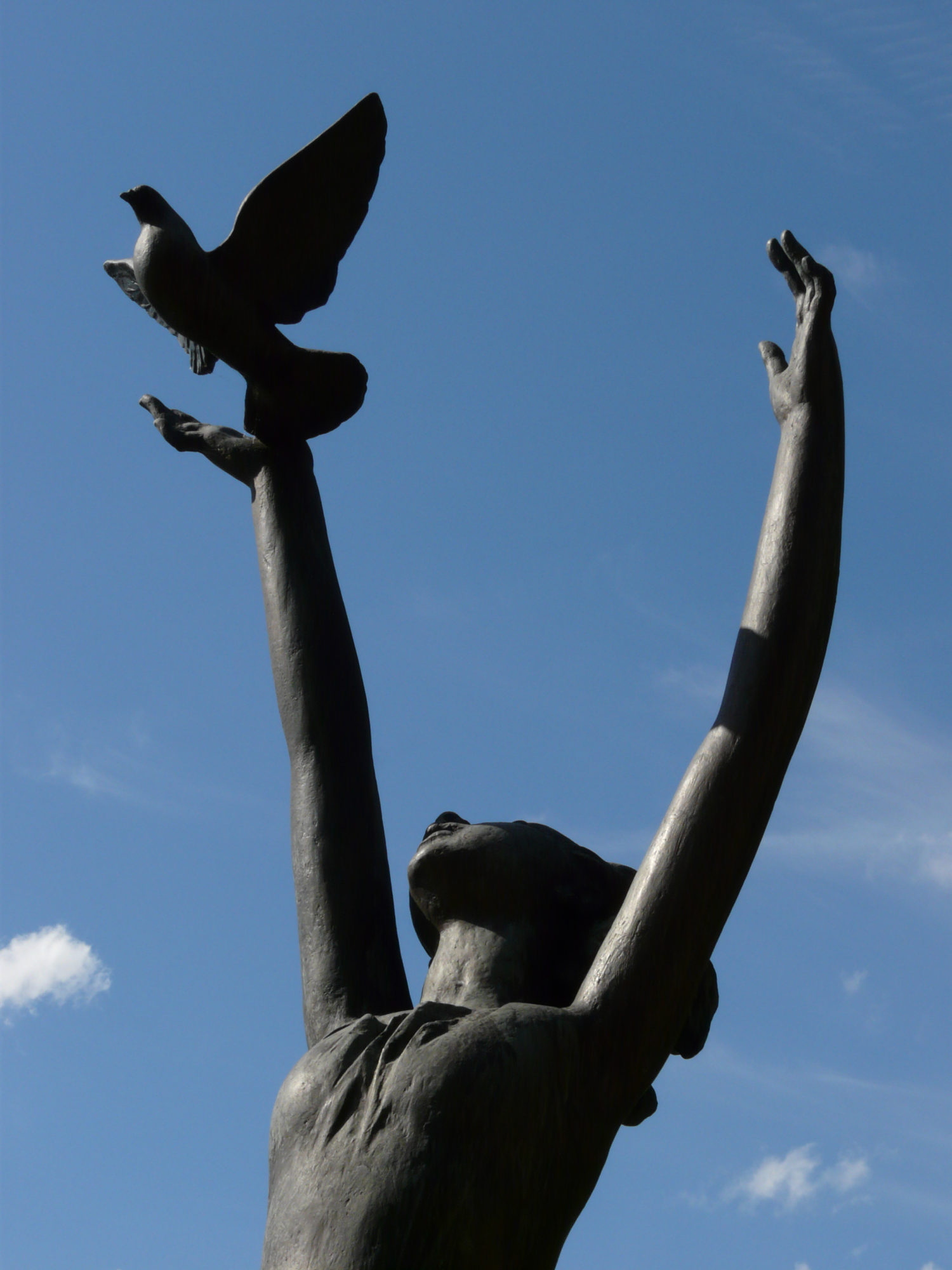 On its plain white pedestal, the graceful ‘Dívka s holubicí’ (Girl with a Dove, 1979) by sculptor Jiří Kryštůfek is a strikingly elegant work of public art. The simplicity of the piece conceals the skilful artistry by which the sculptor has managed to convey the precise moment of the bird’s release from the girl’s outstretched hand.

Kryštůfek, who studied at the Prague Academy of Fine Arts (AVU), is an internationally-renowned sculptor specializing in such youthful forms, whose work is held in private collections in the Czech Republic, the USA, France, Holland, Belgium and Germany.

The alternative name for his statue, which stands next to the church of St Ludmila, is ‘Mír’ (Peace), reflecting the name given since 1948 to the square in which it stands. But ‘Dívka s holubicí’ is also a memorial. Archive footage shows that this remarkable piece was erected on the very spot where a number of Soviet soldiers were buried in May 1945 in the aftermath of the liberation of Prague.