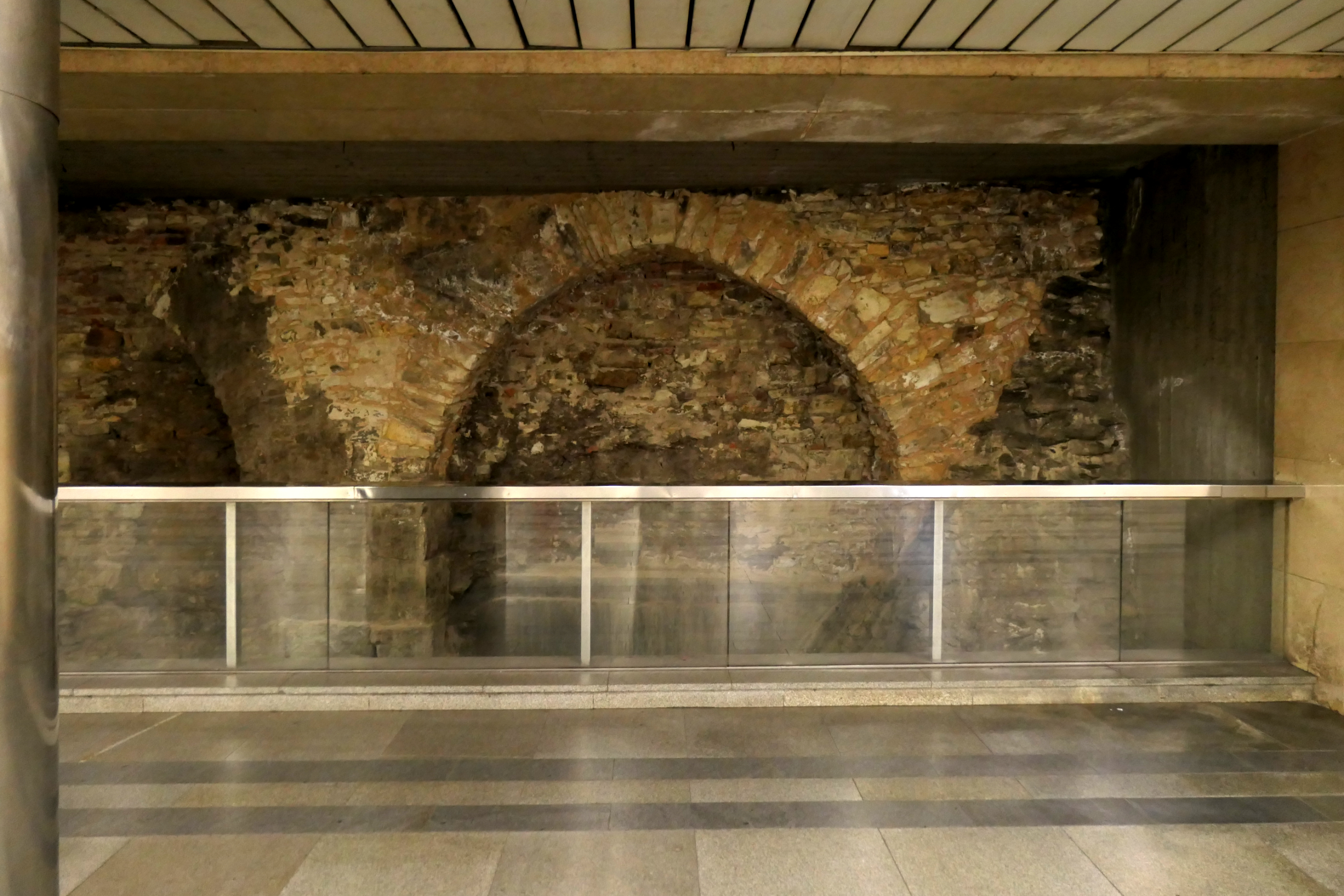 Embedded in a wall of the vestibule of Můstek metro at the northern end of Wenceslas Square is the little bridge (‘můstek’) that gives the underground station its name.

The marlstone bridge, constructed in the 1450s, replaced an even older crossing from 200 years earlier.  Both this and its predecessor spanned the 26-foot deep moat (‘příkop’) which once separated the fortified walls of the Old Town from the Horse Market, today’s Wenceslas Square. The moat was filled in during the 1760s, after which it became the thoroughfare today known as ‘Na příkopě’ – ‘On the moat’.

The remains of the bridge were uncovered in June 1976 during archaeological surveys prior to the construction of metro line A.  Four members of the artistic collective ‘Group 66’ – Aloisie Viškovská, Václav Hlavatý, Miroslav Vajchr and Josef Vitvar – were responsible for the restoration and preservation of this important relic.

The picture below shows the northern arch and abutment of the bridge, which connected to the most important of the mediaeval city’s thirteen gated entries, the turreted gate of St Havel. 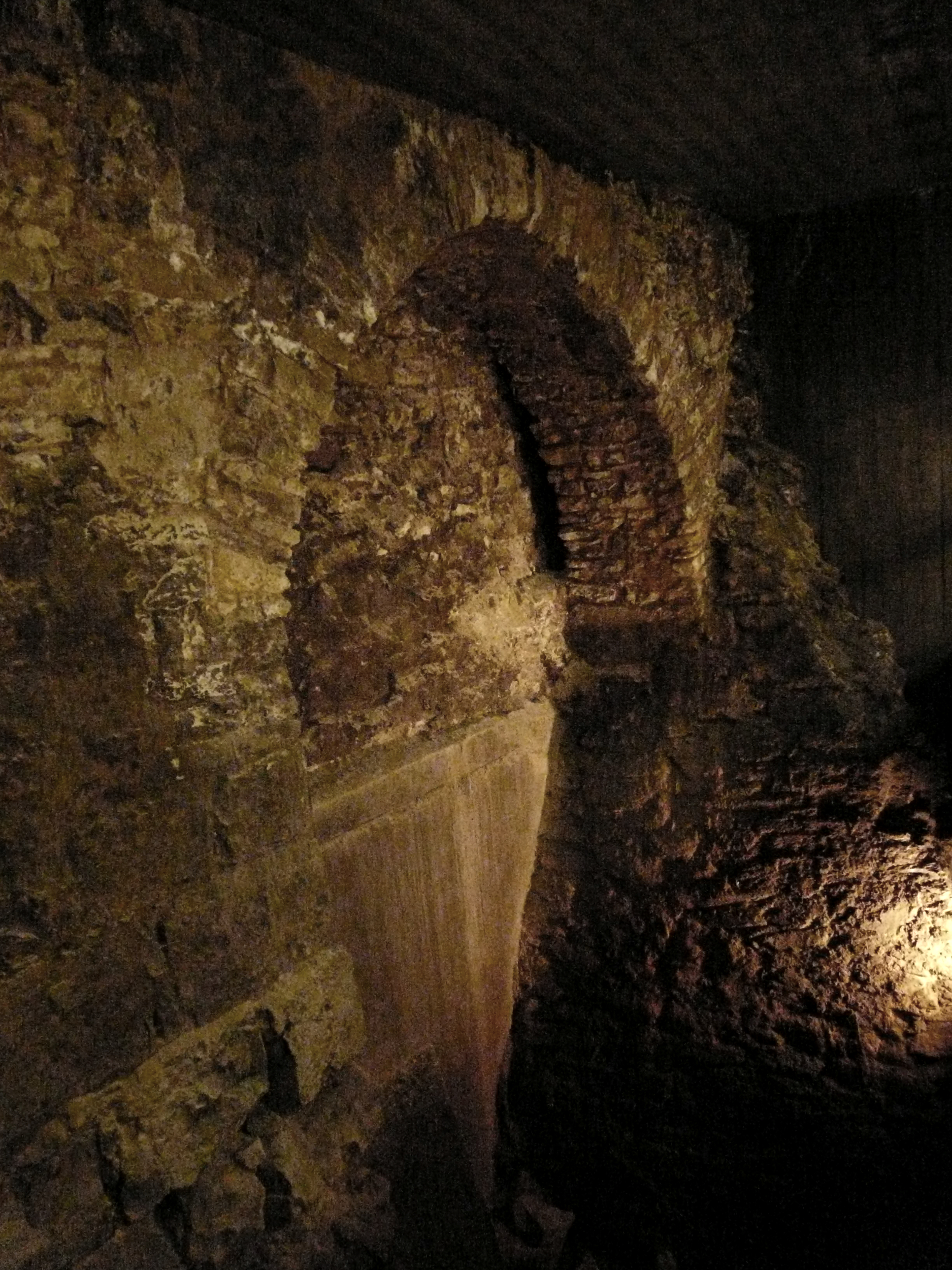