Giuseppe Rangheri was born in Gora, on the shores of Lake Como, and came to Prague in the late 1700s when there was already a thriving silk market. He set up his original mulberry plantation near Wenceslas Square, in those days the city’s horse-market. In 1842, Rangheri’s son Enrico bought this plot of land in Vršovice – previously a vineyard – and planted hundreds of new mulberries, converting the existing farmstead into a turretted palace-cum-silk factory.

But silkmaking in Prague was in decline, and after Enrico Rangheri’s death in 1857 this noble if eccentric enterprise gradually came to an end. The building was sold for 30,000 gold pieces, then re-sold in 1882 to the township of Vršovice. The mulberries were grubbed up and a public park established.

Finally, in 1899, the turrets were torn down and the palace rebuilt in neo-renaissance style according to a plan by Antonín Turek which cleverly shifted the main axis of the building, creating an imposing chateau-like facade running the entire length of the south-facing wing.

Since then the building has been through many incarnations including a primary school and clinic for the treatment of tuberculosis and, later, alcoholism. In 2011 work started on the conversion of the Rangherka into accommodation for the elderly. That reconstruction — including an entirely new north wing and landscaping — was completed in 2013. Sadly Turek’s monumental horsehoe-shaped staircase did not survive; its replacement is a prosaic (and somewhat steep) single flight leading directly to the main entrance.

The picture below shows the refurbished facade and terrace (right) in the context of Vršovice Square, with the art nouveau Občanská Záložna (Civic Savings Bank) dominating the adjacent range. 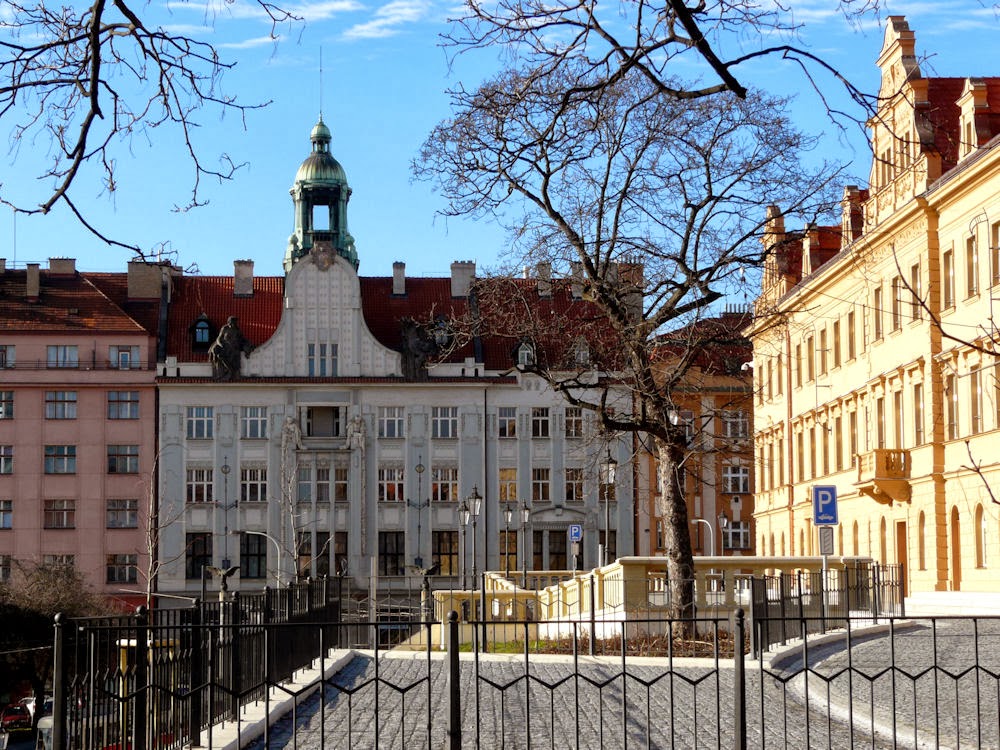