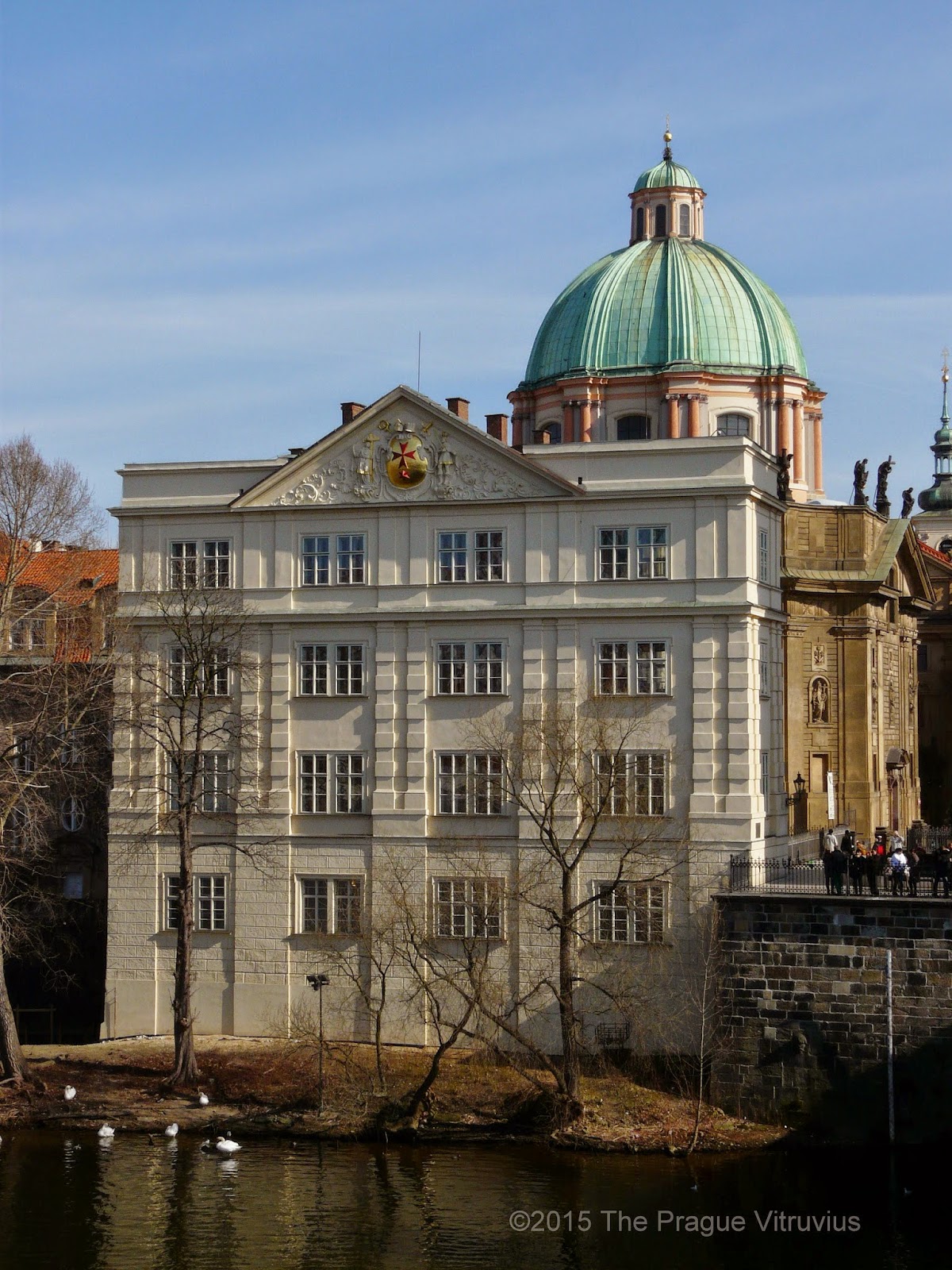 Agnes of Bohemia, sister of King Wenceslas I, was responsible for founding the very first Franciscan institutions in Bohemia. Her personal friendship with St Clare of Assisi – they corresponded with each other for twenty years although they never met in person – gave her mission a direct link with St Francis, and in 1231 she established a convent to house nuns sent from Italy by St Clare (now part of the National Gallery).

Twenty years later, in 1252, Agnes founded the order of the Knights of the Cross with the Red Star ‘in latere (pede) pontis (Pragenis)’ at one end of the then main river-crossing the Judith Bridge. As well as devoting themselves to the tending of the sick, the order was also in charge of the upkeep of the bridge. All their holy work was not enough to save that structure from the flood of 1342, however, and in 1357 the bridge was replaced with the much stronger and narrower Charles Bridge. A sandstone arch of the Judith bridge survives in the foundations of the building.

Its location at one end of what was then the most strategic bridge in Europe meant that the monastery became an obvious target for Swedish artillery-fire during the final engagement of the Thirty Years’ War in 1648; and it was completely rebuilt between 1661 and 1731.

At the same time the Church of the Holy Spirit was rebuilt by the Dijon-born architect Jean Baptiste Mathey in baroque style with an impressive brick dome; it was rededicated to St Francis by the archbishop of Prague in 1688. 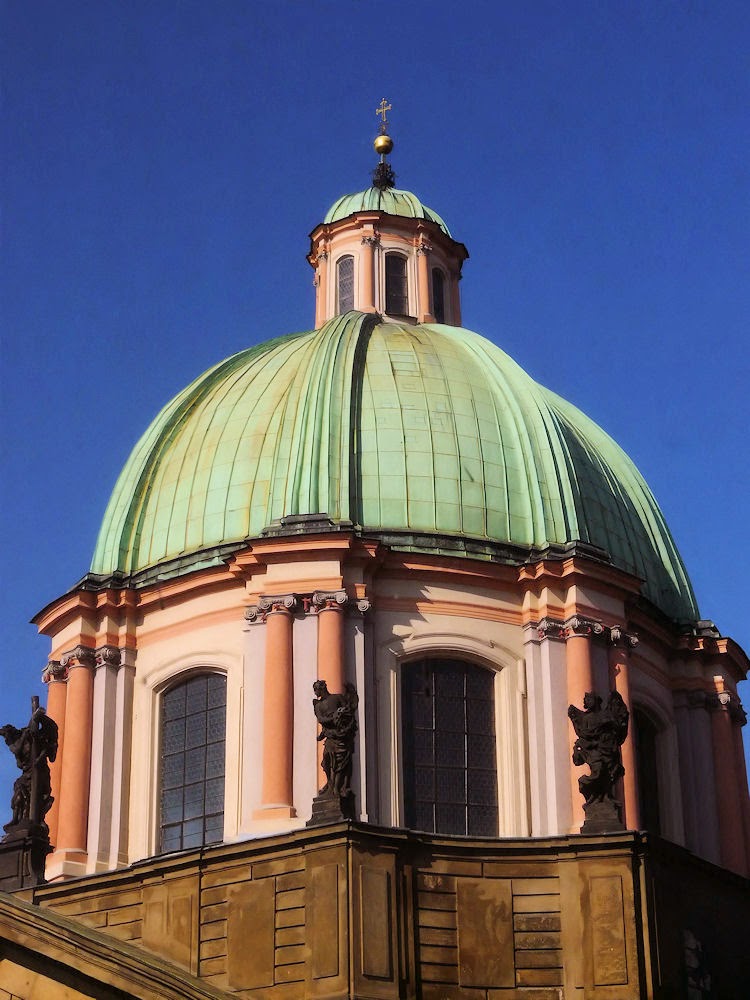