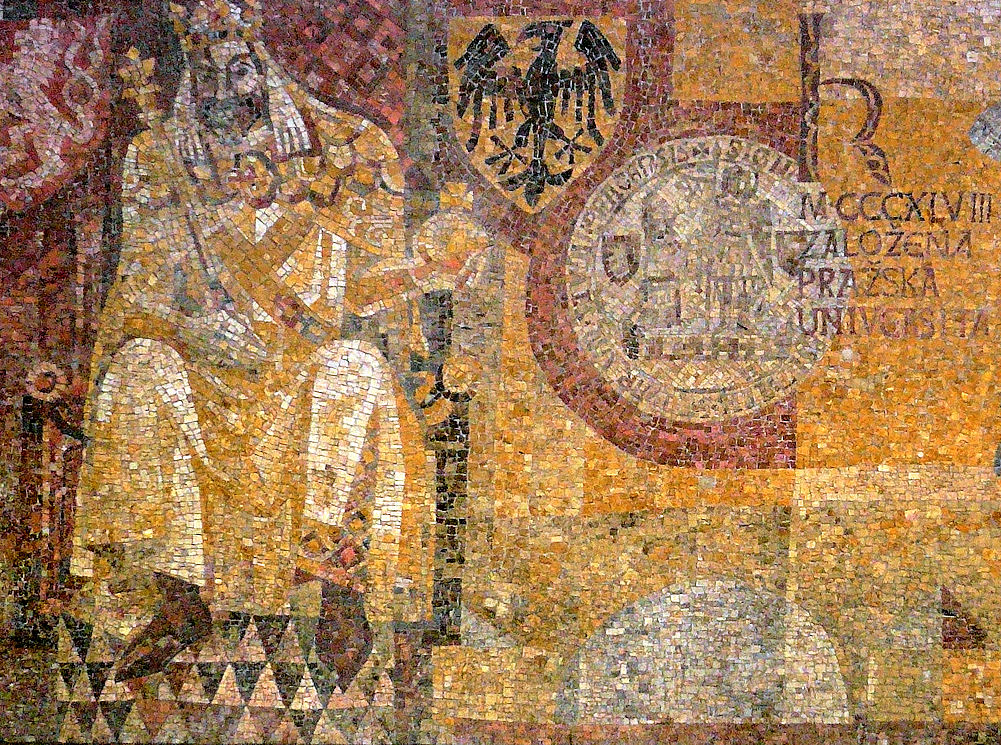 Part of the enormous mosaic depicting the life and times of Charles IV, Holy Roman Emperor, designed by the painter and illustrator Radomír Kolář.

Among Charles’s greatest achievements was the foundation of the university that bears his name, whose seal appears on the right of the picture.

He was also responsible for the enlargement of Prague, founding an entire New Town on the lower right bank of the Vltava. At the centre of the New Town is the square today known as Charles Square (Karlovo náměstí).  The frieze was commissioned for the vestibule of the metro station of the same name, opened in 1985.