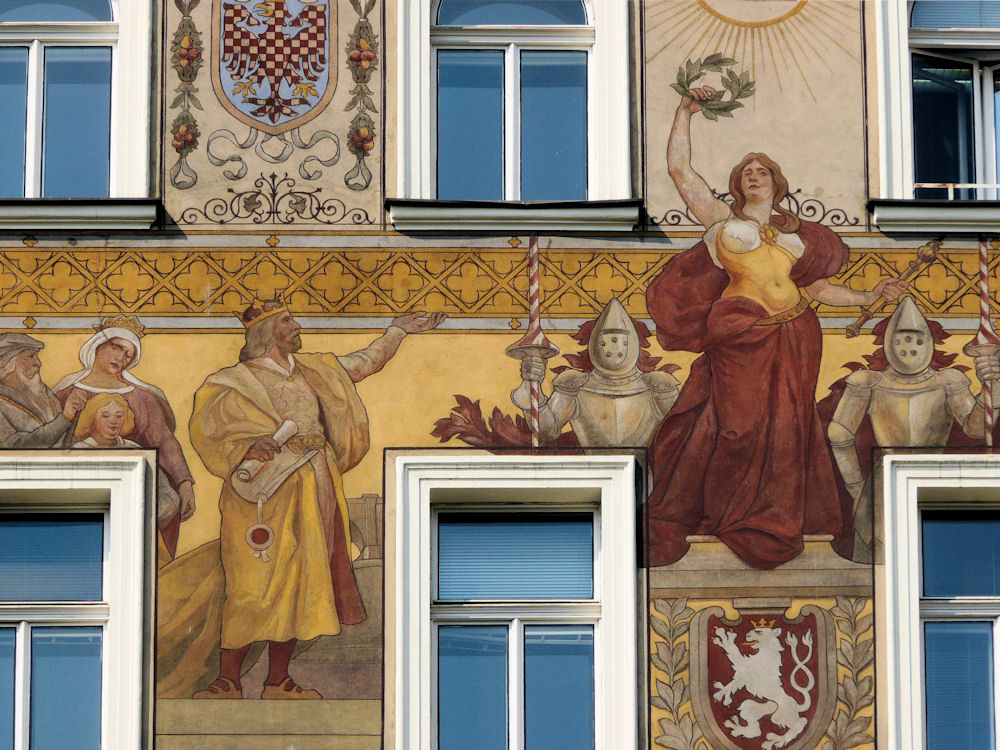 Originally a low building housing a brewery, the house on Charles Square known as U Sedlerů was rebuilt in 1899 by Rudolf Tereba. Its new neo-renaissance facade was decorated with a splendid art nouveau frieze depicting the establishment of the Crown Lands in 1348 by Charles IV, Holy Roman Emperor, after whom the square was named. The coats of arms of Moravia, Silesia and Bohemia appear in the upper arcade, and the double tailed lion of Bohemia below the central allegorical figure. 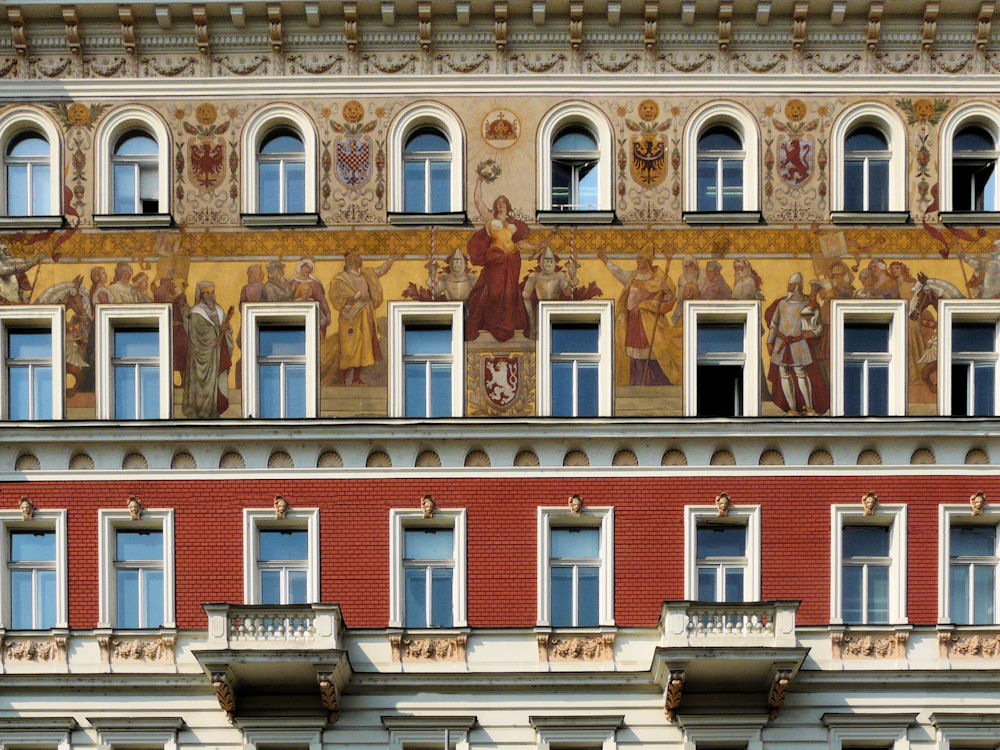