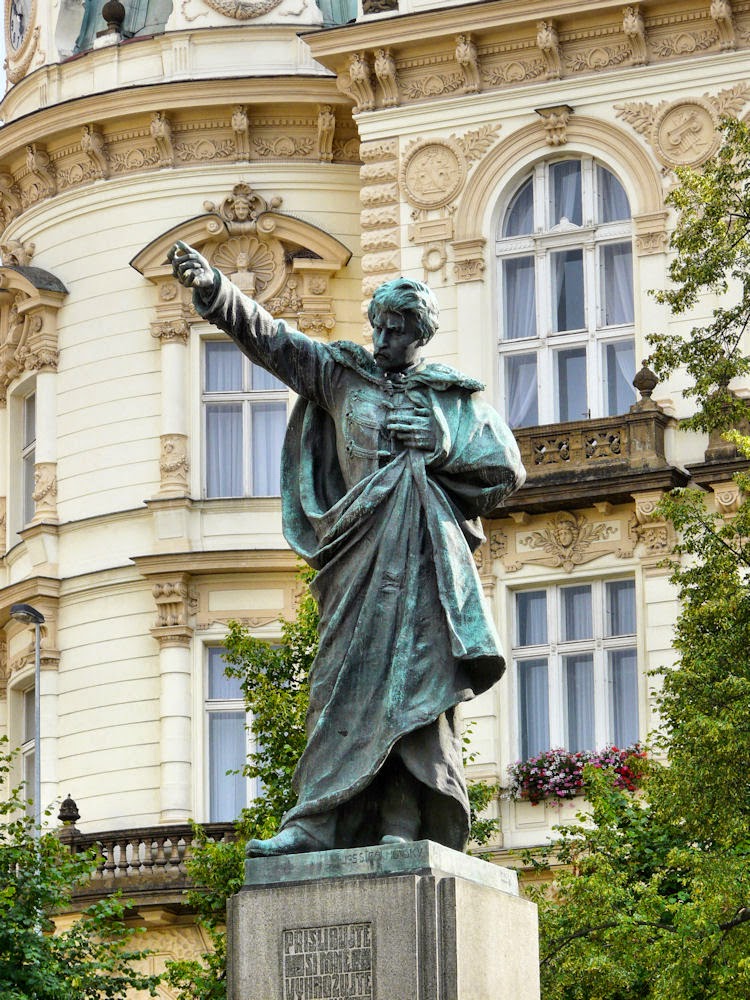 Karel Havlíček Borovský (1821 to 1856) was a free-thinking writer and journalist whose liberal views were strongly influential in the debate regarding Czech independence in the mid-nineteenth century. A critic equally of the Austrian regime and of Russian-advocated Pan-Slavism, he founded the newspaper Národni noviny (‘National News’) as a platform for his own views on constitutional reform and universal suffrage.

In the years following the failed revolution of 1848, Havlíček was tried several times for his dissenting opinion and ultimately exiled for four years to Austria. He died of tuberculosis aged only 34, but two decades later this natural critic of authority became the inspiration for the progressive Young Czech Party, who fought for independence based on the historical and natural rights of the people.

The statue of Karel Havlíček Borovský in the pose of a Roman orator is by the sculptor Josef Strachovský. A reworking of the original 1883 piece by the same sculptor in Kutná Hora, it was erected in May 1911 in the Žižkov square that still bears the writer’s name. Two months later the Czech community in Chicago unveiled a copy in that city’s Douglas Park. An evident symbol of nationalism, the Nazis wanted the Prague version to be melted down; fearing the worst, patriotic Czechs removed the statue and hid it until after the war, when it was re-cast and replaced as a reminder to all of this enlightened thinker.