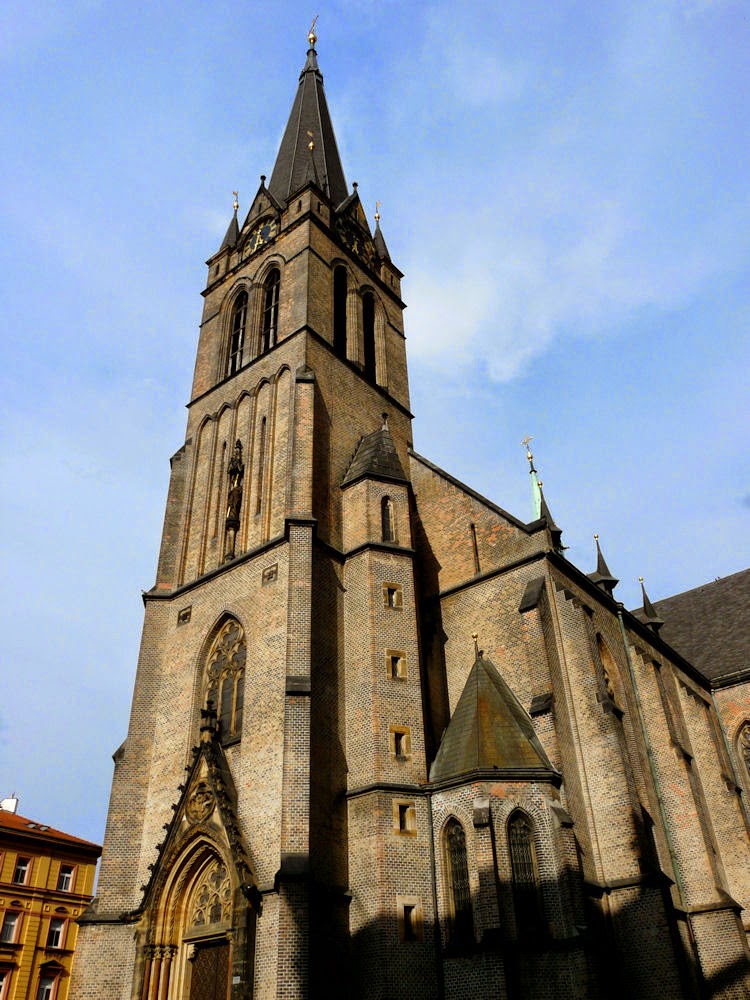 Josef Mocker and František Mikš were at the forefront of the Gothic revival in the Czech lands. The former was the architect of the Church of Saint Ludmila in Vinohrady (1888-92) while the latter designed the Church of Saint Anthony of Padua in Holešovice (1906-11). The church of Saint Procopius in Žižkov was the result of their collaboration: commissioned in 1898 on the jubilee of the accession of Franz Josef I, the church was completed by Mikš in 1903, four years after Mocker’s death.

Although these neo-gothic masterpieces differ considerably in scale, their decorative west ends, triple-aisled floorplans and exquisitely-painted interiors illustrate a unified artistic and religious vision. Any visitor with the time to explore explore them all is warmly encouraged to do so.

Saint Procopius was a tenth-century hermit and abbot of the monastery of Sázava, who according to tradition was personally responsible for setting down the Cyrillic and Slavonic texts of the so-called ‘Gospel of Reims’. Along with Wenceslas, Agnes and Adalbert, Procopius is venerated as one of the four principal saints of Bohemia.