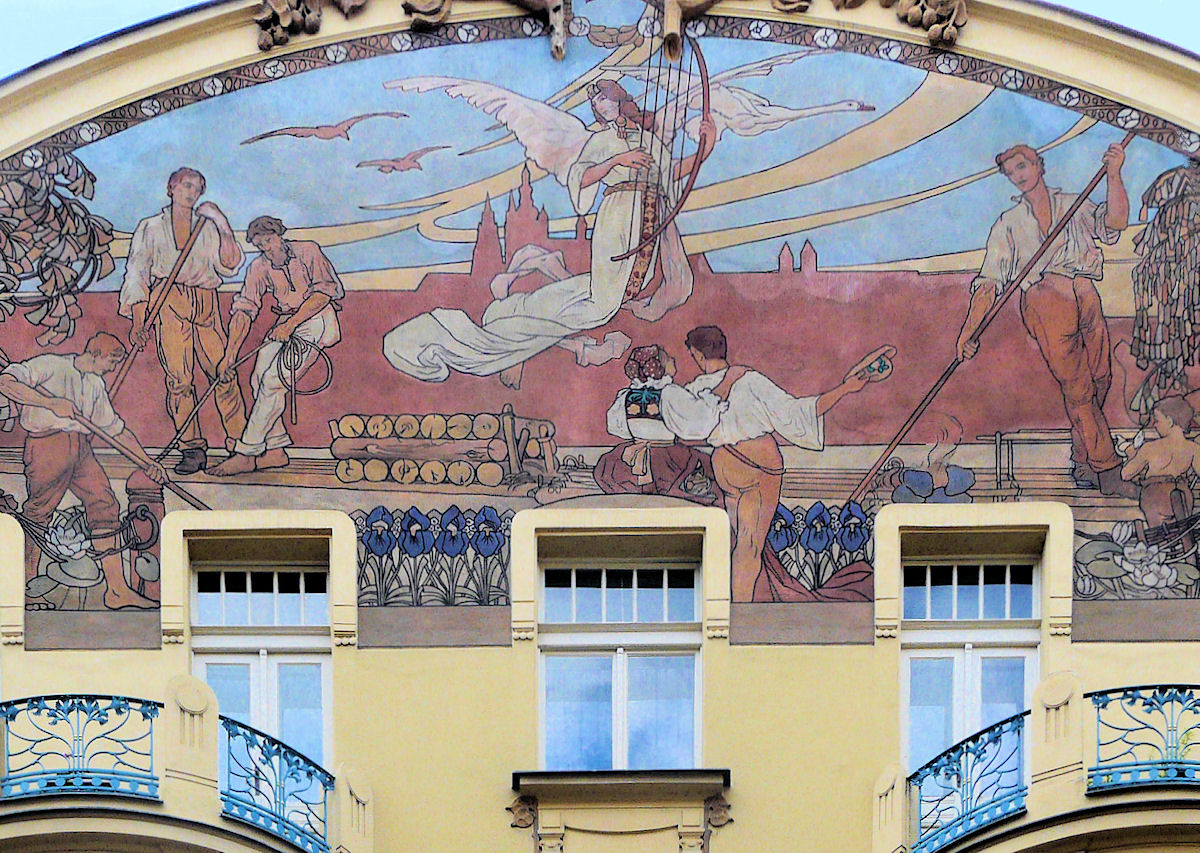 A pair of raftsmen, bringing timber downriver from southern Bohemia, form part of the group depicted in this beautifully-composed art nouveau facade, which has as its backdrop the distinctive silhouette of Prague castle.

Timber transportation in this manner was common until the twentieth century; a sixteenth-century customs house still survives nearby, where tariffs were collected to permit onward travel along the Vltava to the Elbe.

The house (called U Kapínů) was designed in 1906 by architect Jan Petrák; its impressive front door can be seen below: