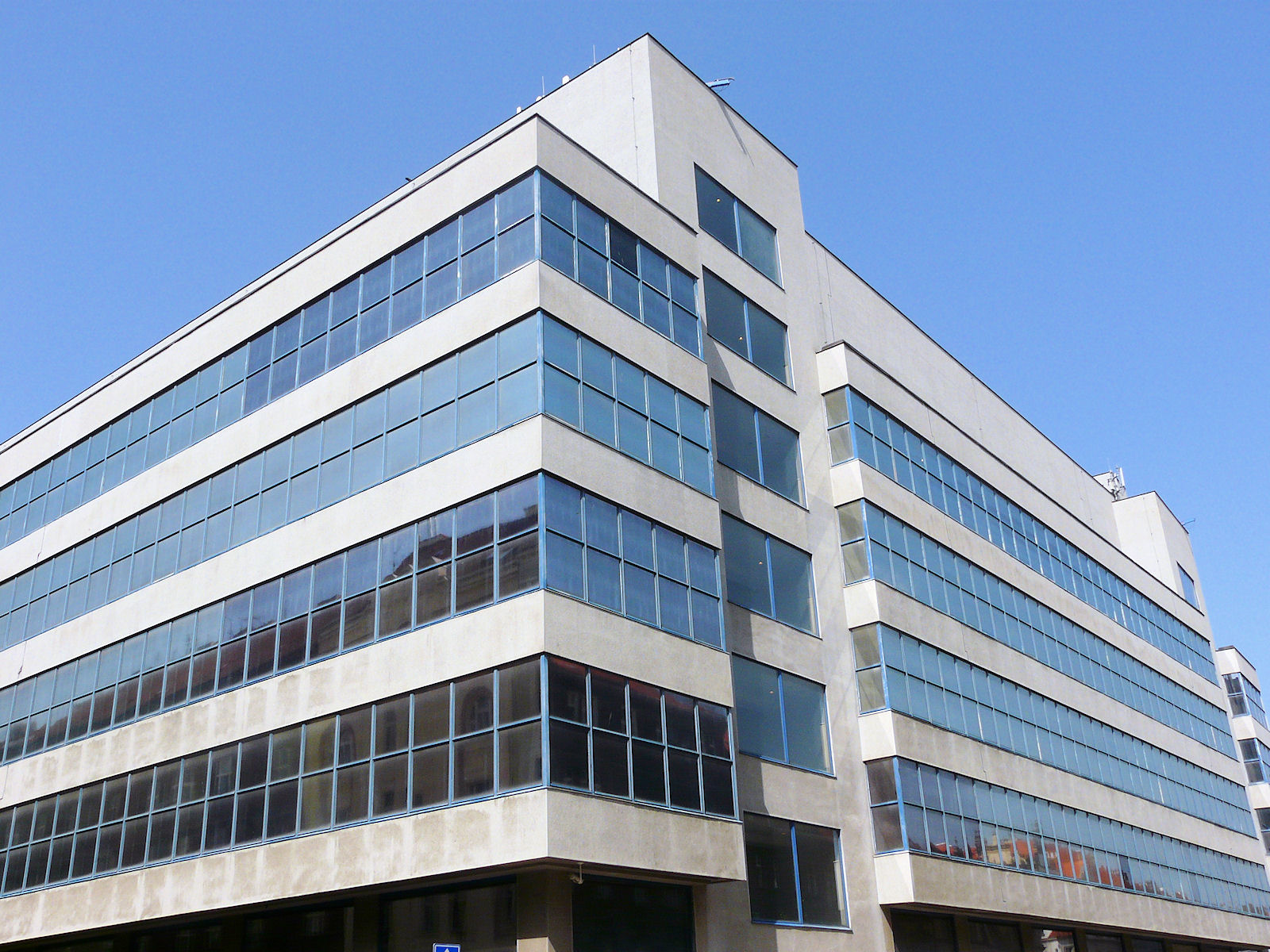 The Veletržní Palác (Trade Fair Palace) was built according to plans by Josef Fuchs and Oldřich Tyl between 1925 and 1928, and was a source of great interest to – among others – Le Corbusier. It fulfilled its original function – as an exhibition space for industrial and engineering works – until the Second World War, when it was assigned as a deportation centre for Prague Jews en route to the concentration camps.

After the war the building became home to a number of import/export businesses until 1974, when it was gutted by fire. Since 1995, the rebuilt structure has housed the 19th and 20th century art section of the National Gallery.