Church of Our Lady, St Jerome and the Slavic Benedictines (Emmaus monastery) 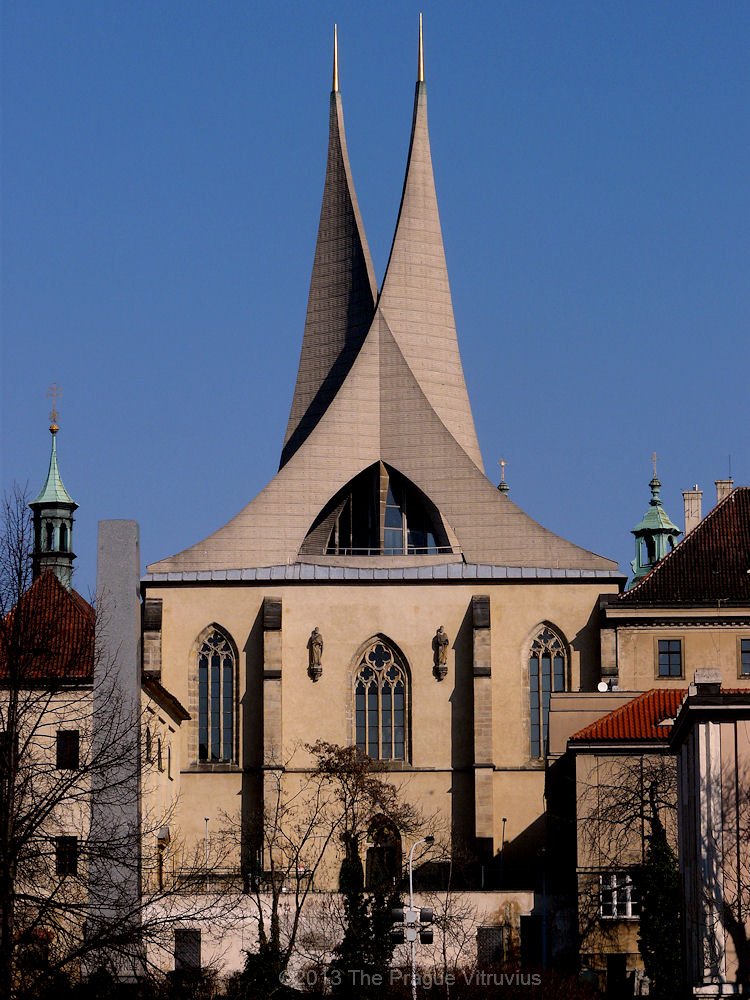 The body of the chuch dates from the mid-14th century, when Charles IV ordered its construction for the only Benedictine order in Bohemia. The reading prescribed for Easter Monday, the day of the church’s consecration, was the story of the road to Emmaus. So, since its foundation, the church and its associated monastery have been known as Emauzy (Emmaus in Czech).

Charles IV donated to the monks the ornate Sázava Gospel, written both in Cyrillic and Glagolitic (ancient Slavic) scripts. It was later transferred to Rheims Cathedral, where for many centuries it was the book on which  successive French kings took their oath.

In 1945, the church took a direct hit in the infamous 14 February Allied air raid (the only such bombing of the city, which had apparently been mistaken for Dresden). Along with the nearby Palacky Bridge, the roof and twin 18th-century towers of the Emmaus church were destroyed. They were eventually replaced in 1968 by the dramatic double spire designed by František Maria Černý.