Chapel of the Holy Family, Nusle 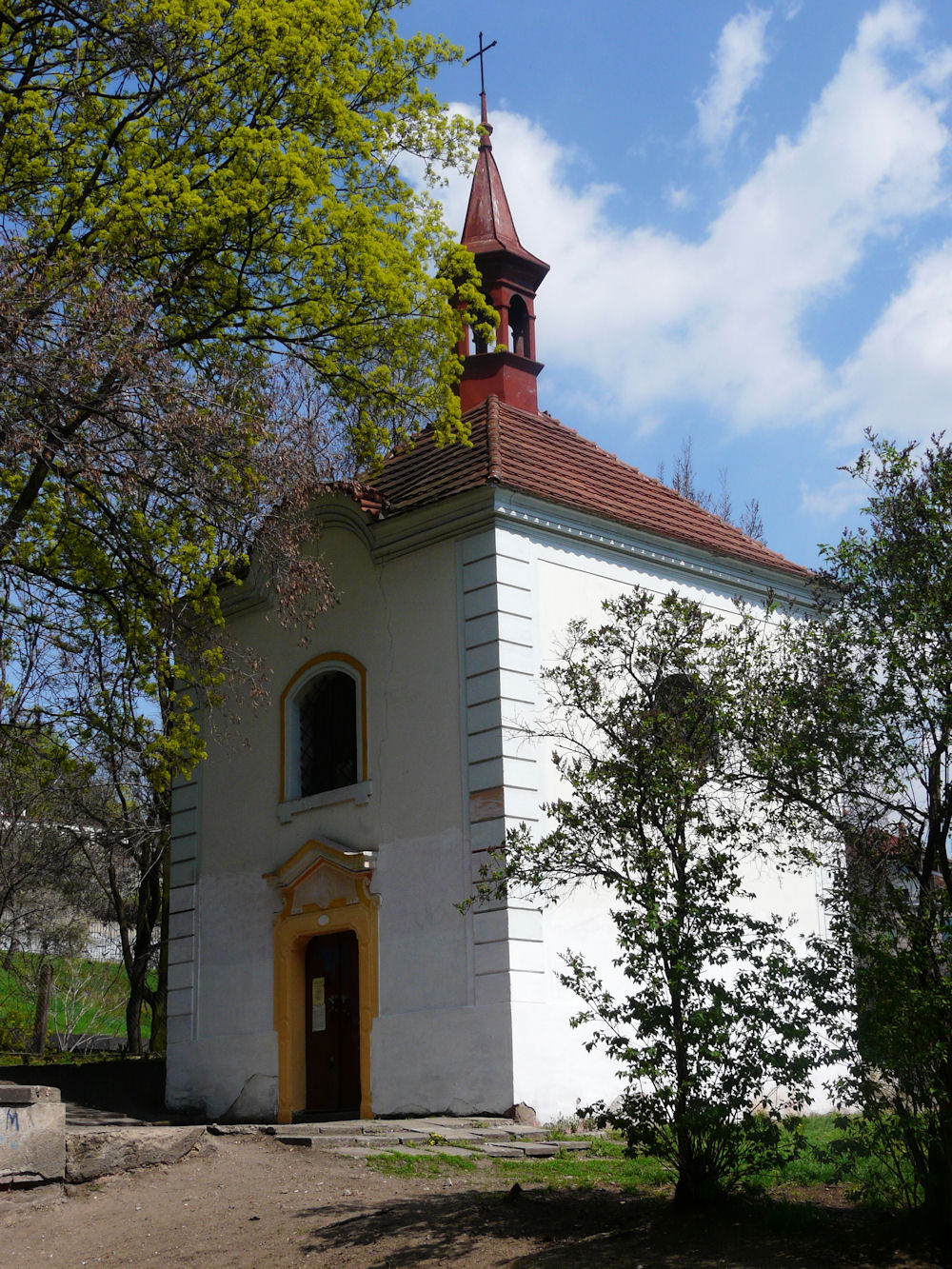 The Chapel of the Holy Family, adjacent to the Nusle Steps, was built in 1755 to a commission by Vinohrady councillor Karel Leopold Bepta. A simple square building with a pyramidal roof, it was originally entrusted to the care of a hermit of the order of Saint Ivan of Bohemia. The hermit moved out when the Ivanite order was suppressed by the reforms of Josef II in 1782.

At the end of the 19th century the chapel fell into disrepair when funds for its upkeep were allocated to the building of Josef Mocker’s magnificent neogothic church of St Ludmila in Náměstí Míru. However it was saved from demolition, being restored in 1908, in the 1970s and once more in the 1990s. Below is a picture of the chapel shortly after the construction of the Vinohrady railway tunnel (1869 to 1871).