Houses with exposed timber frames (fachwerk) are a rare sight in the Czech Republic, but in towns where German influence was historically strong, there remain some good examples.

In Liberec, this narrow lane near the main square has three intact half-timbered facades. Built between 1678 and 1681, the so-called ‘Waldstein houses’ were at one time homes of textile workers. The name alludes to the fact that earlier houses on the same plan had been developed by Albrecht von Waldstein to supply his army with clothing during the Thirty Years’ War.

An attempt to restore the buildings in the 1950s failed when the rears of the houses collapsed; and they were finally preserved only when the local school of engineering proposed retaining the frontages as part of a planned development of accommodation. 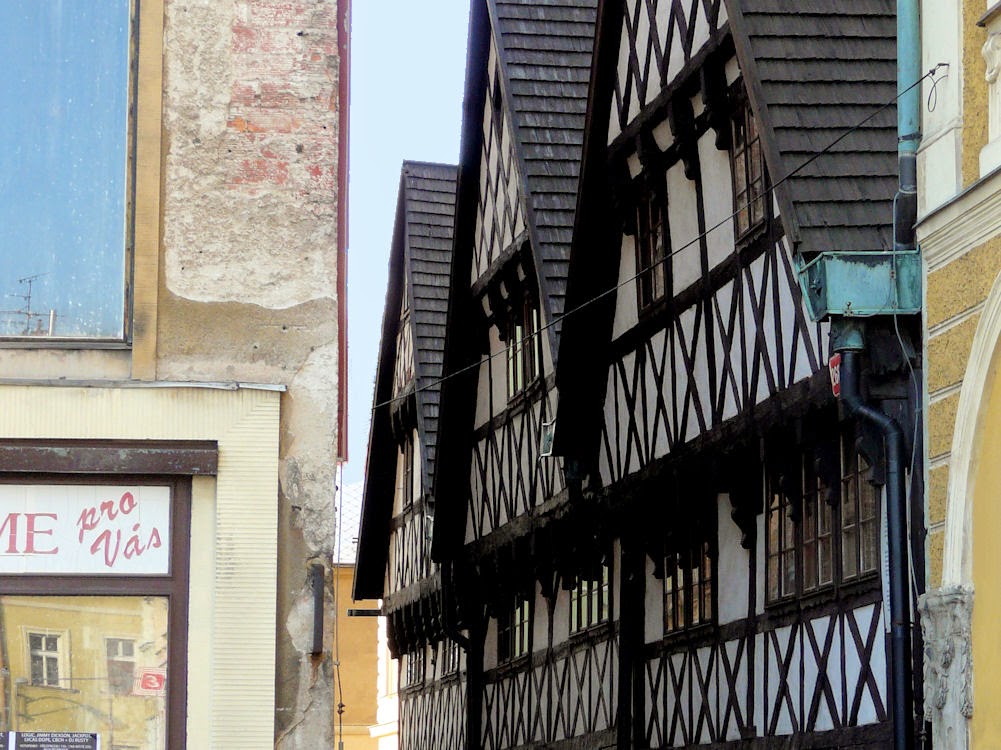