This monumental early baroque palace in the Malá Strana district was constructed between the years 1623 and 1630 for Count Albrecht von Wallenstein (Czech ‘Valdštejn), one of the most significant and colourful figures of the Thirty Years’ War.

Wallenstein was born and raised a Protestant, but converted in the early 1600s, most likely in order to pursue high office under the Catholic Habsburgs. His career as a military leader was marked by notable victories which saw him promoted to generalissimo at the age of 42. His acquired wealth enabled him to purchase this plot of land, on which had previously stood a palace complex belonging to Jan Rudolf Trčka of Lípa, some two dozen houses, a number of small gardens and a brick-kiln.

The building is usually attributed to the architects Andrea Spezza and Niccolo Sebregondi from the Lombardy region. They were supervised by the Florentine polymath Giovanni Pieroni, whose father had been an architect for the Medicis, and who took over the project from Spezza on the latter’s death in 1628.

The interiors are by the Florentine Baccio del Bianco, who was responsible for the ceiling fresco in the main hall (above) showing Wallenstein as the god Mars, driving his war horses to victory.

Towards the end of the Thirty Years’ War, differences with the Emperor Ferdinand II led the ever-ambitious Wallenstein to consider siding with the Protestant cause. He never got the chance. In 1634 he was assassinated, probably on the Emperor’s instructions, in the German border town of Eger (Cheb). As an ultimate indignity, in 1648 the palace was looted by the Swedes before they were in turn repelled by Imperial forces during the final action of the war.

A national cultural monument since 1995, the Valdštejn palace is nowadays the central building of the upper parliamentary house, or Senate. It was the subject of extensive and careful restoration between 1996 and 2001.

The palace’s walled gardens, with their geometric hedges, parterres and fountains, were developed contemporaneously with the palace. Please follow this link to read more about them. 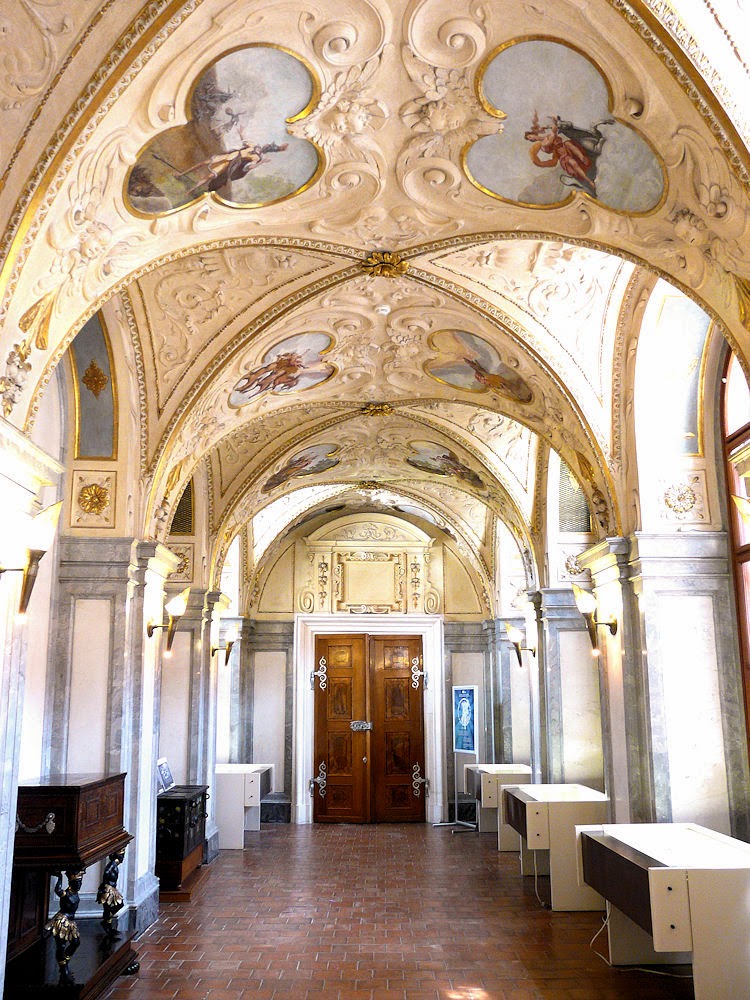