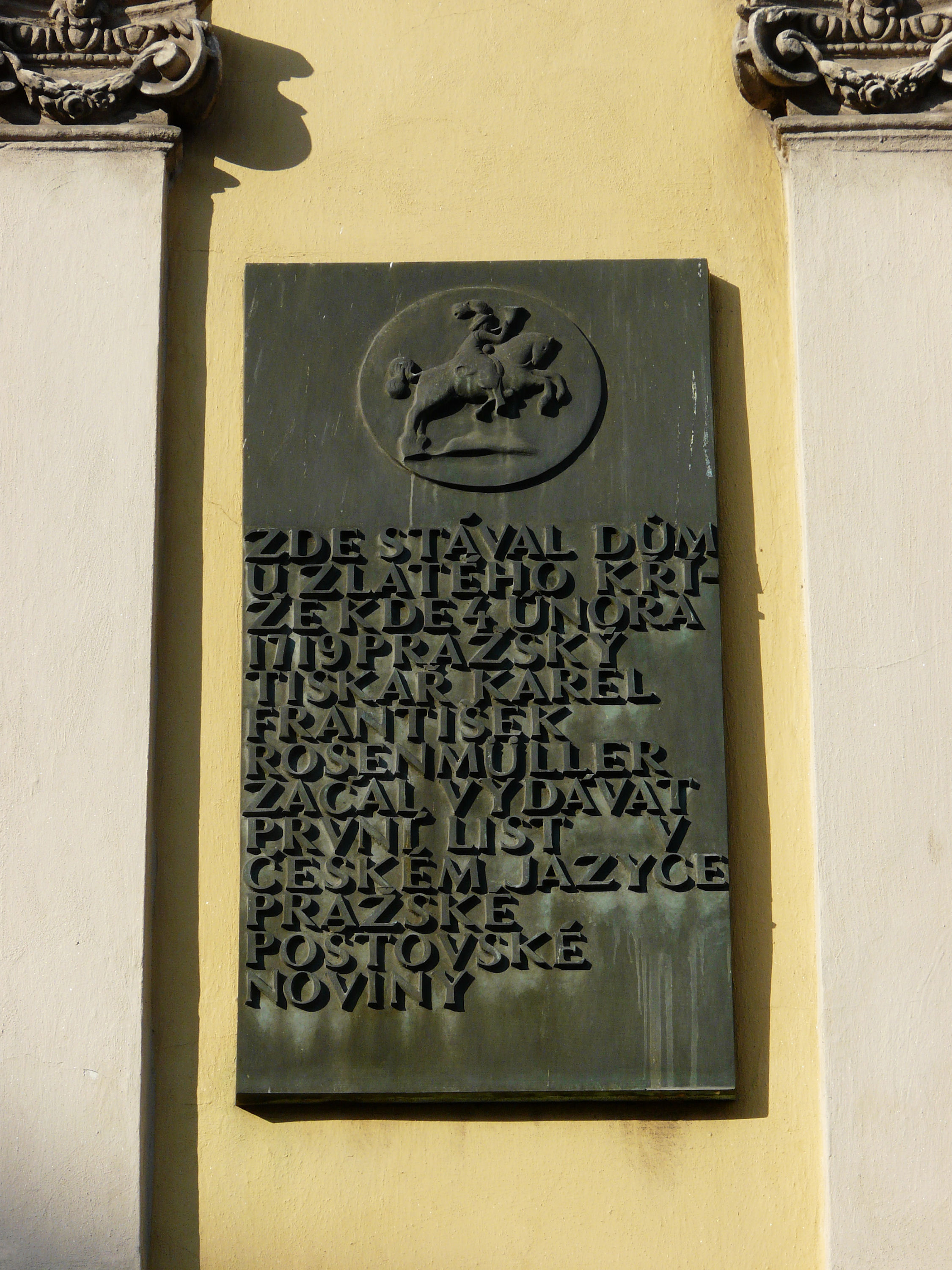 The memorial plaque on this building in Uhelný trh (Coalmarket) is of particular interest to historians of Czech culture and language. ‘Here stood the house of the Golden Cross, where, on 4 February 1719, the Prague printer K.F. Rosenmüller published the first newspaper in the Czech language, the ‘Pražské poštovské noviny’

The newspaper survived, under different names, for just over a hundred years; but in many ways its decline mirrored that of the country itself. Increasingly it had become the mouthpiece of Vienna, reporting only foreign news from the empire. It would take much longer for the Czechs to establish themselves as an independent people with their own language.