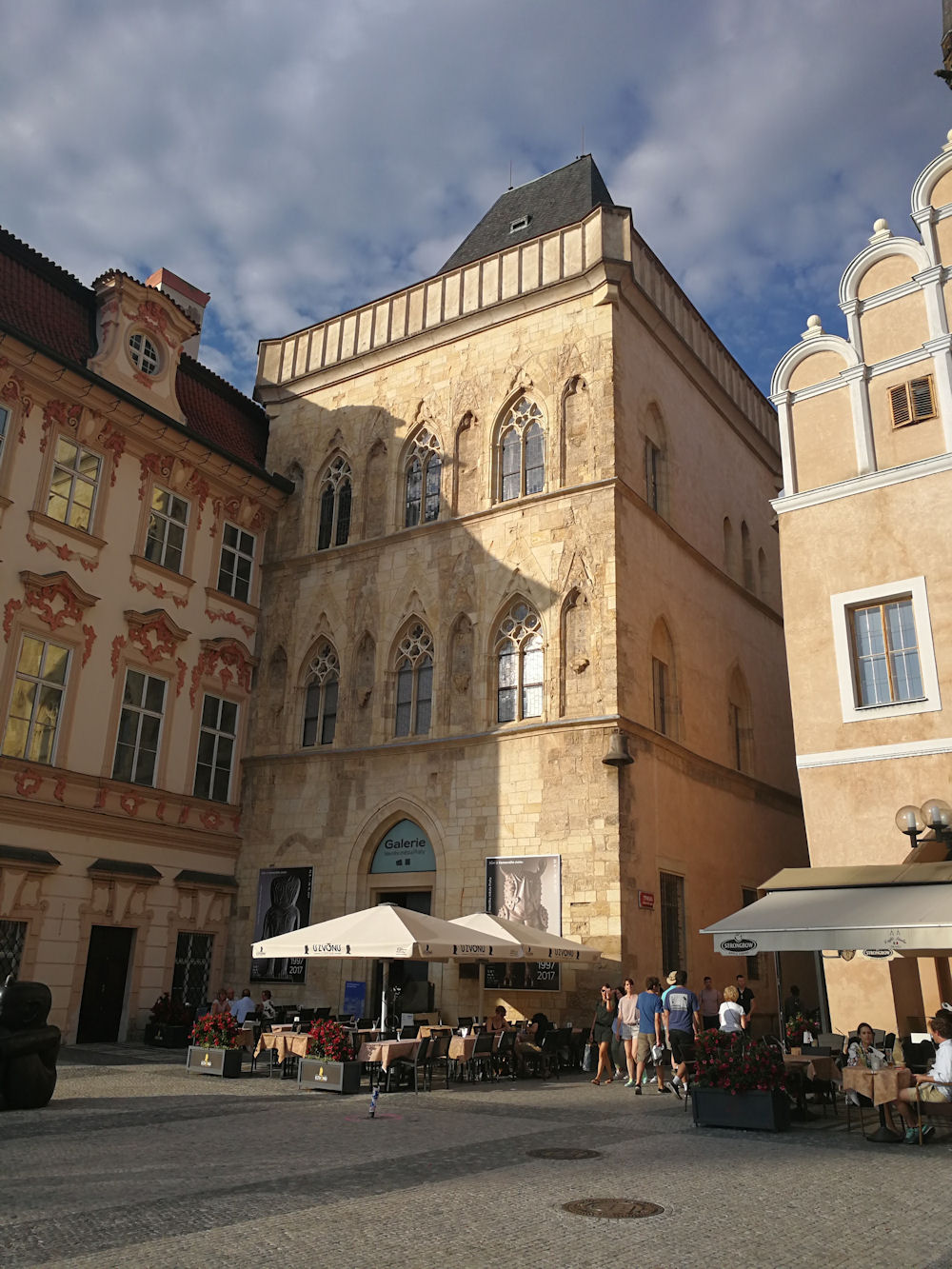 One of the earliest surviving domestic residences in the city is the exquisite Dům u kamenného zvonu (House of the Stone Bell) in the Old Town Square. The building’s name derives from the bell carved into a corner of the tower between the first and second floors.

The house was built in the second half of the 13th century, possibly for the first Elizabeth of Bohemia, wife of John of Luxembourg (and mother of the future emperor Charles IV, who may have been born here). Containing a number of chapels, the house is nowadays open to the public and much in demand for concerts and exhibitions.