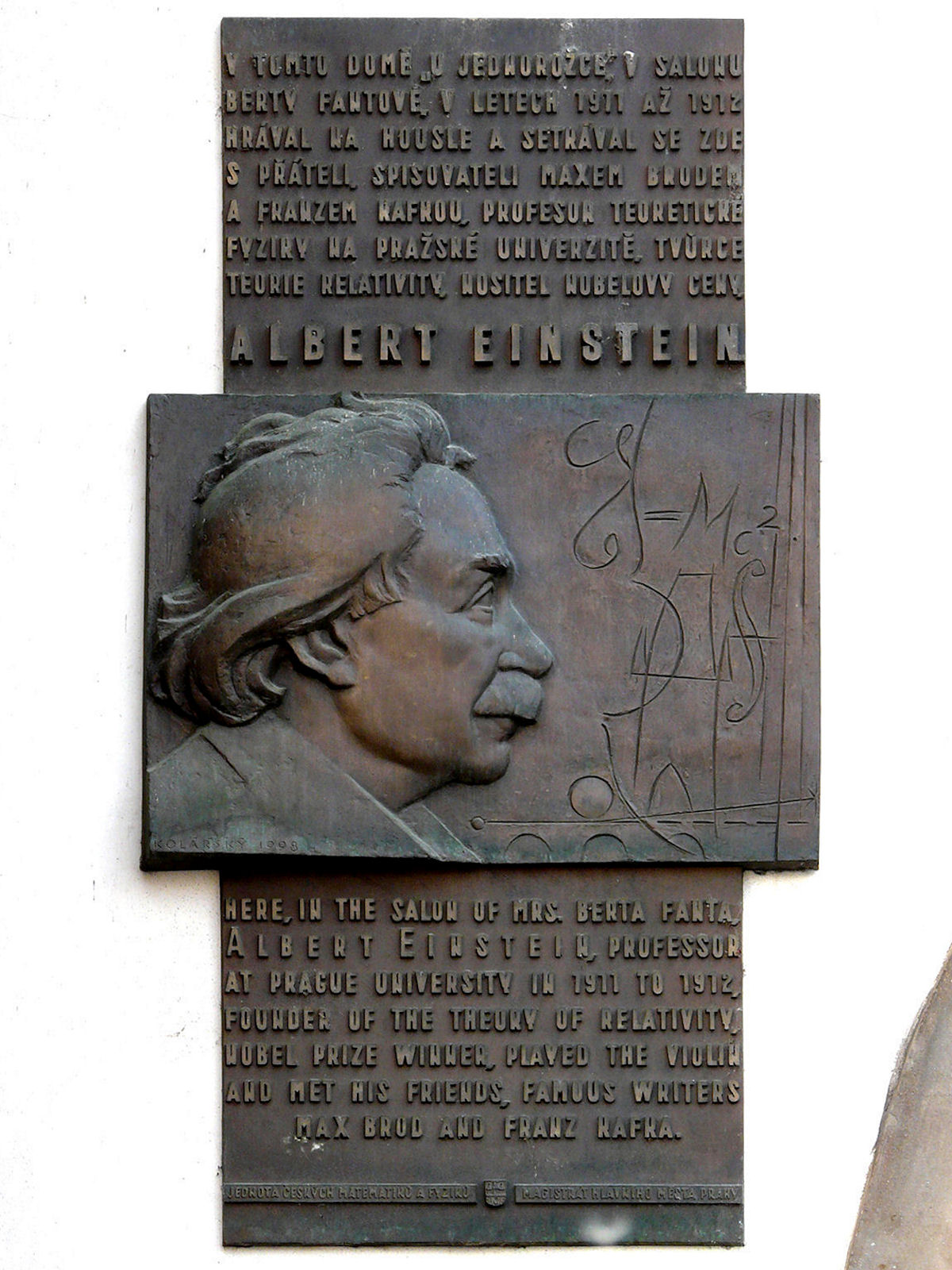 ‘Here, in the salon of Mrs Berta Fanta, Albert Einstein, Professor at Prague University in 1911 to 1912, founder of the Theory of Relativity, Nobel prize winner, played the violin and met his friends, famous writers Max Brod and Franz Kafka.’

The plaque was erected on the wall of the house ‘The Unicorn’ in Prague’s Old Town Square on the 120th anniversary of Einstein’s birth, 14 March 1998. The design, by the sculptor Zdenĕk Kolářský, incorporates a bas-relief profile of the scientist, with a diagram combining the formula E=mc², the silhouette of a violin, and the Charles Bridge and tower.