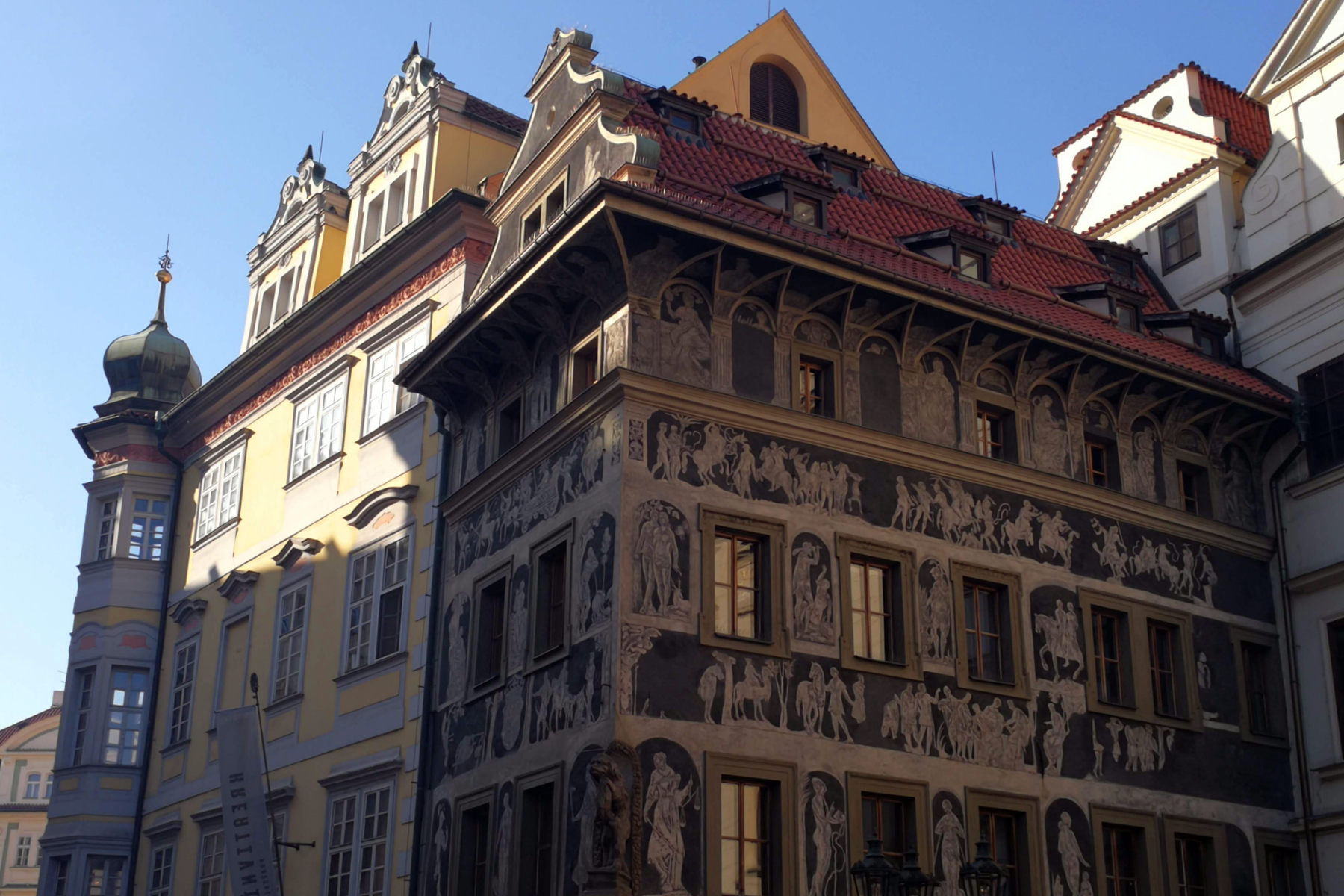 Dům U minuty (‘The Minute’, also known as ‘The White Lion’) is a 15th-century house in the corner of the Old Town Square. The delicate sgraffito-work was added in 1610, but was later plastered over before being re-discovered in 1919. The novelist Franz Kafka lived here between the ages of six and thirteen (1889-96).

Between the two hunting friezes are scenes from the bible and classical history including, on the left, Adam and Eve and, in the centre, Gaius Mucius Scaevola thrusting his hand into the flames to prove his valour to the Etruscan king Lars Porsena.