‘Master Matthias, elected Roman Emperor, forever August, King of Hungary, Bohemia etc., ordered this to be built in the year 1614’.

Actually, he didn’t. It was his predecessor Rudolf II who conceived the gateway as the ceremonial entrance to Prague Castle and commissioned it, in all probability, from the Italian architect Giovanni Maria Filippi. Originally freestanding, and only later incorporated into the west wall of the castle, the triumphal arch is the earliest Baroque structure in Bohemia. 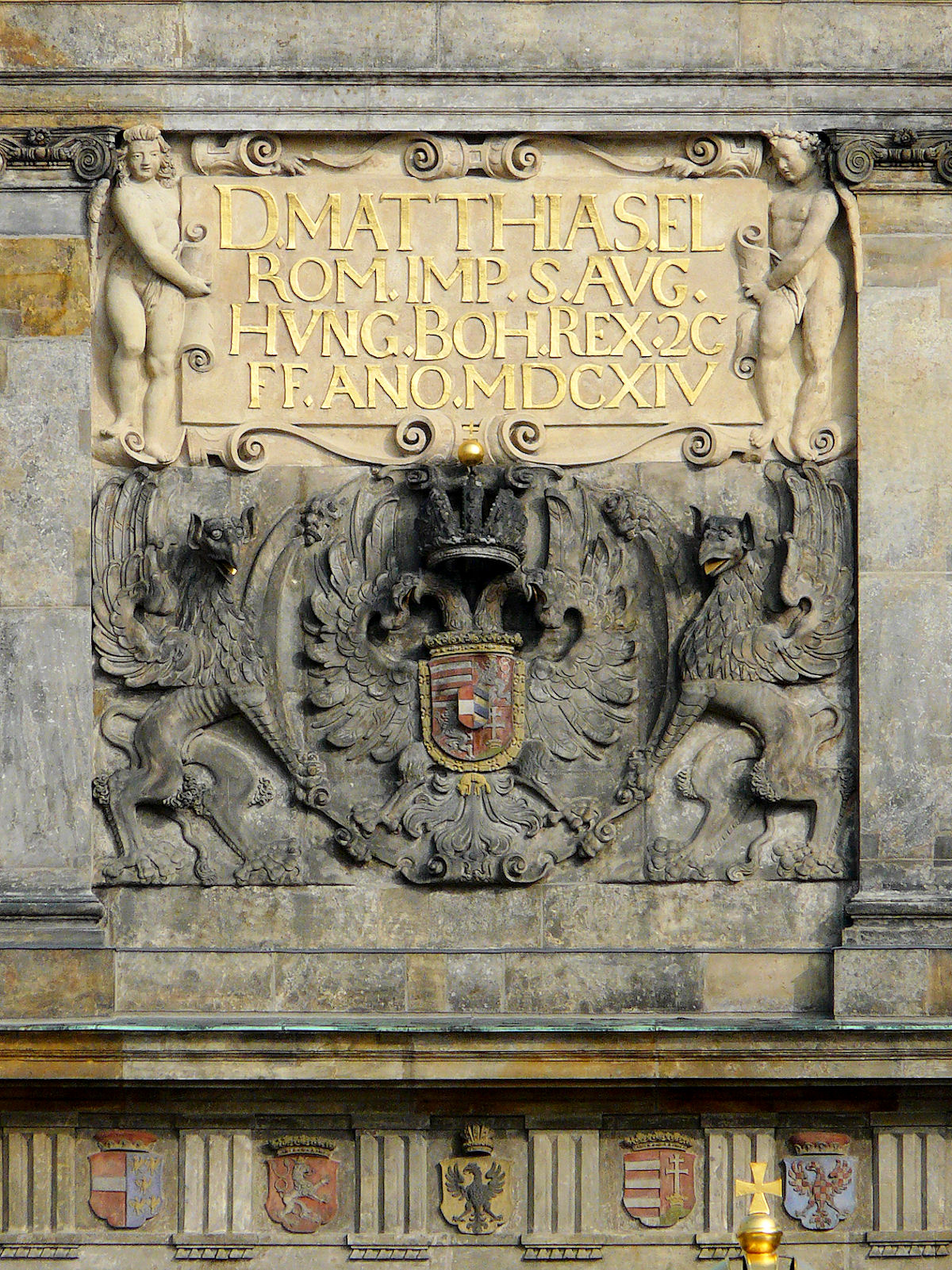