These handsome semi-detached villas in Prague’s Střešovice district look just as though they were uprooted from suburban London, the new middle-class landscape for which the poet John Betjeman coined the name ‘Metroland’. So it’s no surprise to learn that their architects, Jaroslav Vondrák and Jan Šenkýř, drew inspiration precisely from the garden city movement that had emerged in England at the turn of the twentieth century.

Just as London had expanded into the countryside to accommodate the new commuting classes, so in the aftermath of the Great War, the newly-formed state of Czechoslovakia needed to house large numbers of civil servants. The answer was the garden village of Ořechovka.

Consciously borrowing from concepts such as Hampstead’s Garden Suburb of 1906, the Ořechovka Estate – built between 1920 and 1930 – provided comfortable housing along streets laid uniformly around green spaces. Recognizing the need for variety, the architects not only imitated English and Dutch housing (especially Vondrák’s exposed brickwork and ‘mock Tudor’ half-timbered gables); they also introduced a number of quirkier design elements, such as these ‘deco’ style facades by Jindřich Freiwald.

The various styles and bright pastel colours give a sense of confection to the whole project. And although the name ‘Ořechovka’ is ultimately derived from an eighteenth-century landowner named ‘Borek’, its similarity with  the Czech word for a nut makes ‘Nutville’ a felicitous translation.

The streets of the estate radiate from a park containing a central building of 1921 to 1924 also by Vondrák. This served (as it still does today) as a community centre with a restaurant and, later, its own art deco cinema. Its two wings are connected by the arcaded passage pictured below: 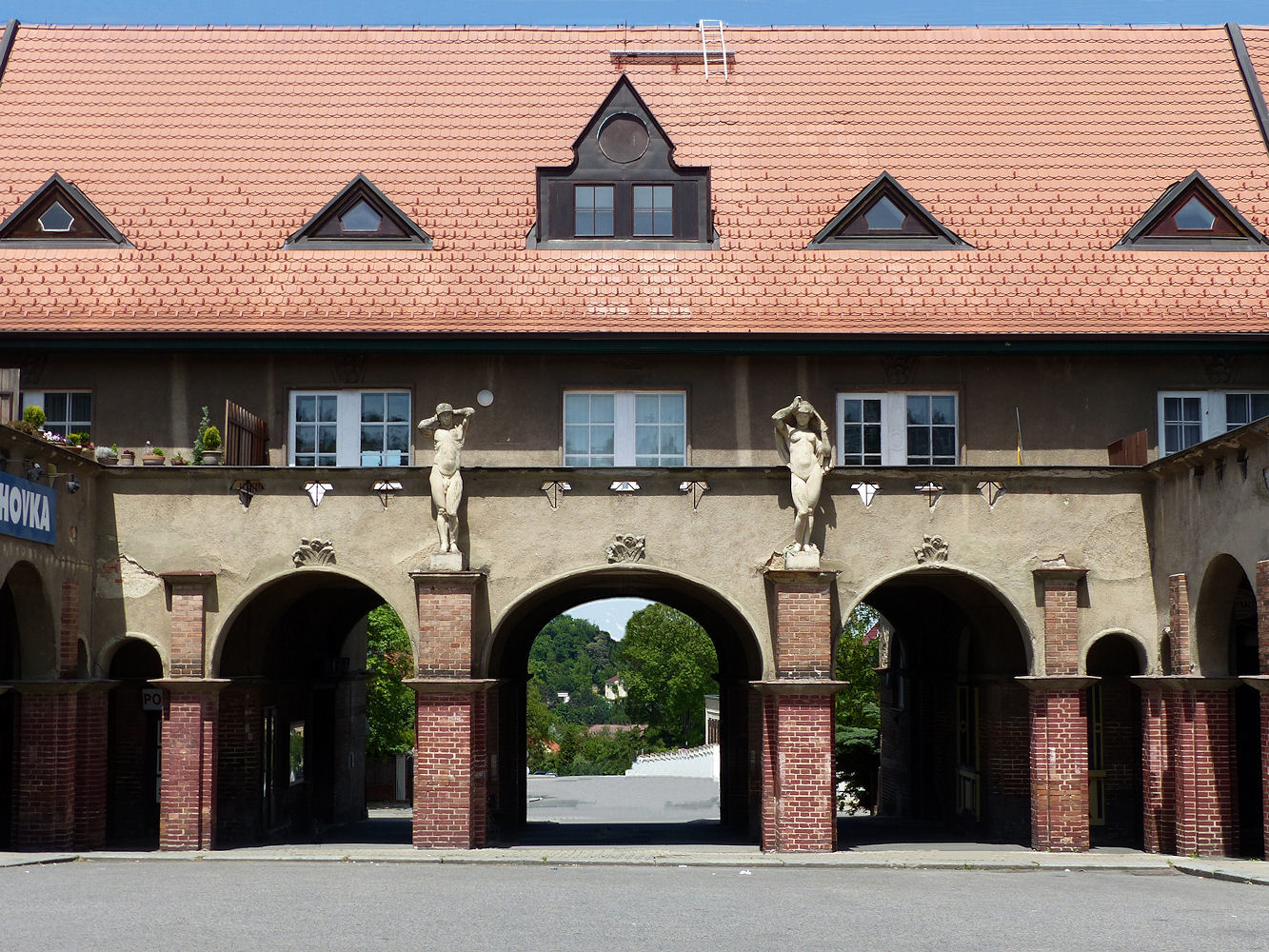