This renaissance house with its baroque exterior is typical of the residences in this part of the city’s Malá Strana (Lesser Quarter). Many of them carry baroque era cartouches with symbols of animals, birds or religious emblems. These may allude, like this golden chalice, to the trade of the owner (in this case, a goldsmith), while others may indicate the name of a family or invoke a specific blessing or saint. 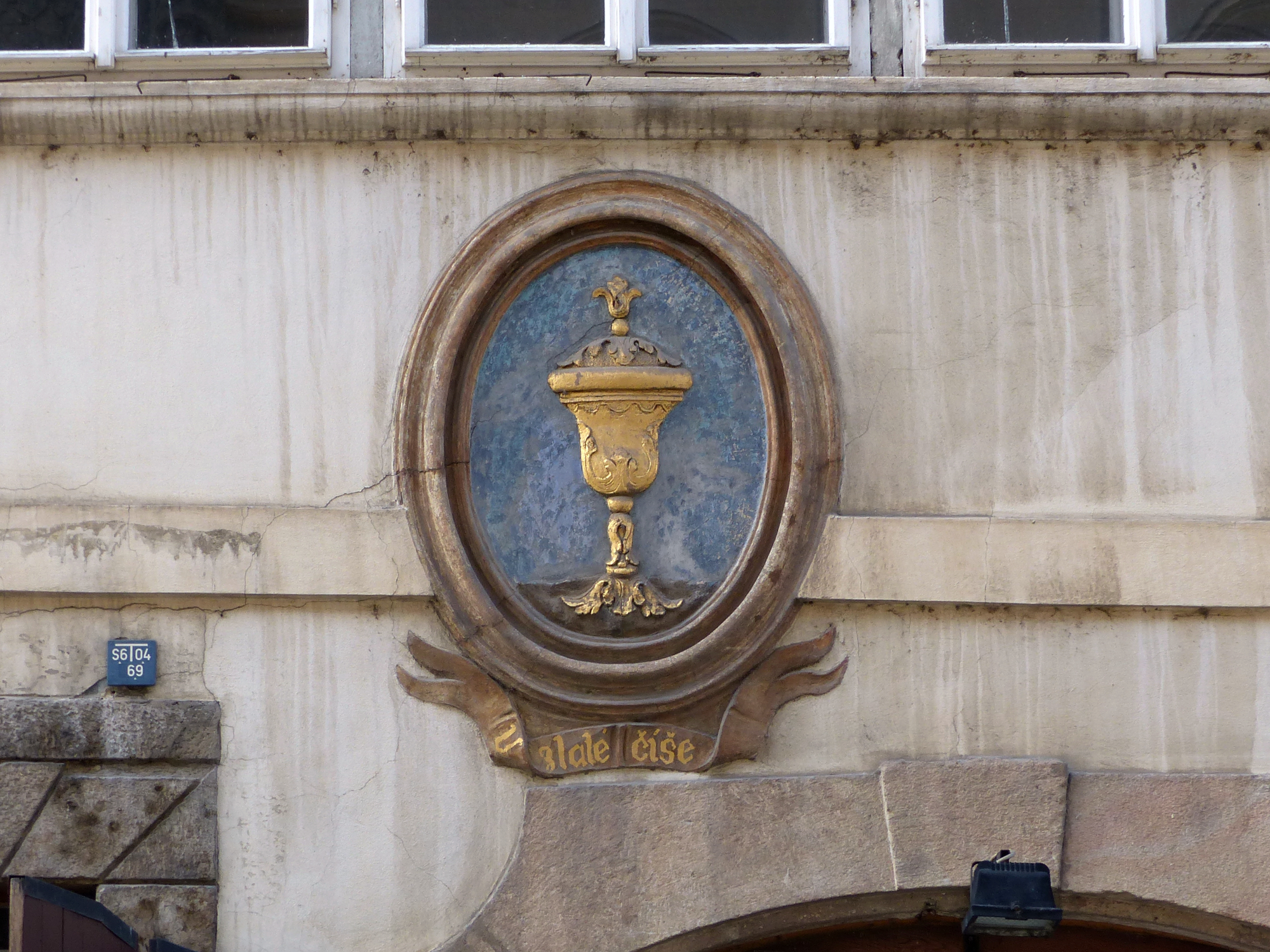 The street formed the final stage of the ancient royal coronation route. Its earliest recorded name, Dláždění, suggests that it was paved, while its 18th century name ‘Krokevní’ recalls the wooden rafters that were placed on the steep incline to ease the ascent and descent of horse-drawn traffic. Nowadays it is named after the Czech writer Jan Neruda, who spent his childhood years at the House of the Two Suns.