There have been Princes of Liechtenstein resident in Prague since the early 1600s. Karel ‘the Bloody’ – the first prince and founder of the dynasty – was put in charge of the execution of the leaders of the Bohemian Estates in 1621.

The above picture shows one of several grand palaces to bear the family name: a stately pile on the banks of the Vltava originally constructed for František Helfried of Kaiserstein in the 17th century. When it passed into the hands of Johan Josef, the tenth prince of Liechtenstein, the original onion-domed towers were removed, and the frontage re-designed in the baroque style.

What we see today is largely the work of František Srnec and Josef Schulz, who again remodelled the facades in the preferred neo-renaissance style and added a third floor to the original two-storey construction when the Lichtenstein family sold the property in the 1860s.

During the twentieth century, the palace took on an increasingly public function. From 1940 to 1945 it was the headquarters of the occupying Nazi forces, and in 1978 it became the property of the Praesidium, the legislative body of the Czechoslovak Socialist Republic.

In the last thirty years, the foundations and ground floor have been substantially rebuilt as a result of floods, both threatened and actual. Today, the restored palace is used for official Government functions, and has hosted a great number of visiting dignitaries, including King Juan Carlos of Spain, Queen Elizabeth II of the United Kingdom, and Emperor Akihito of Japan. The building served as the American Embassy in Tom Cruise’s 1996 film Mission: Impossible. 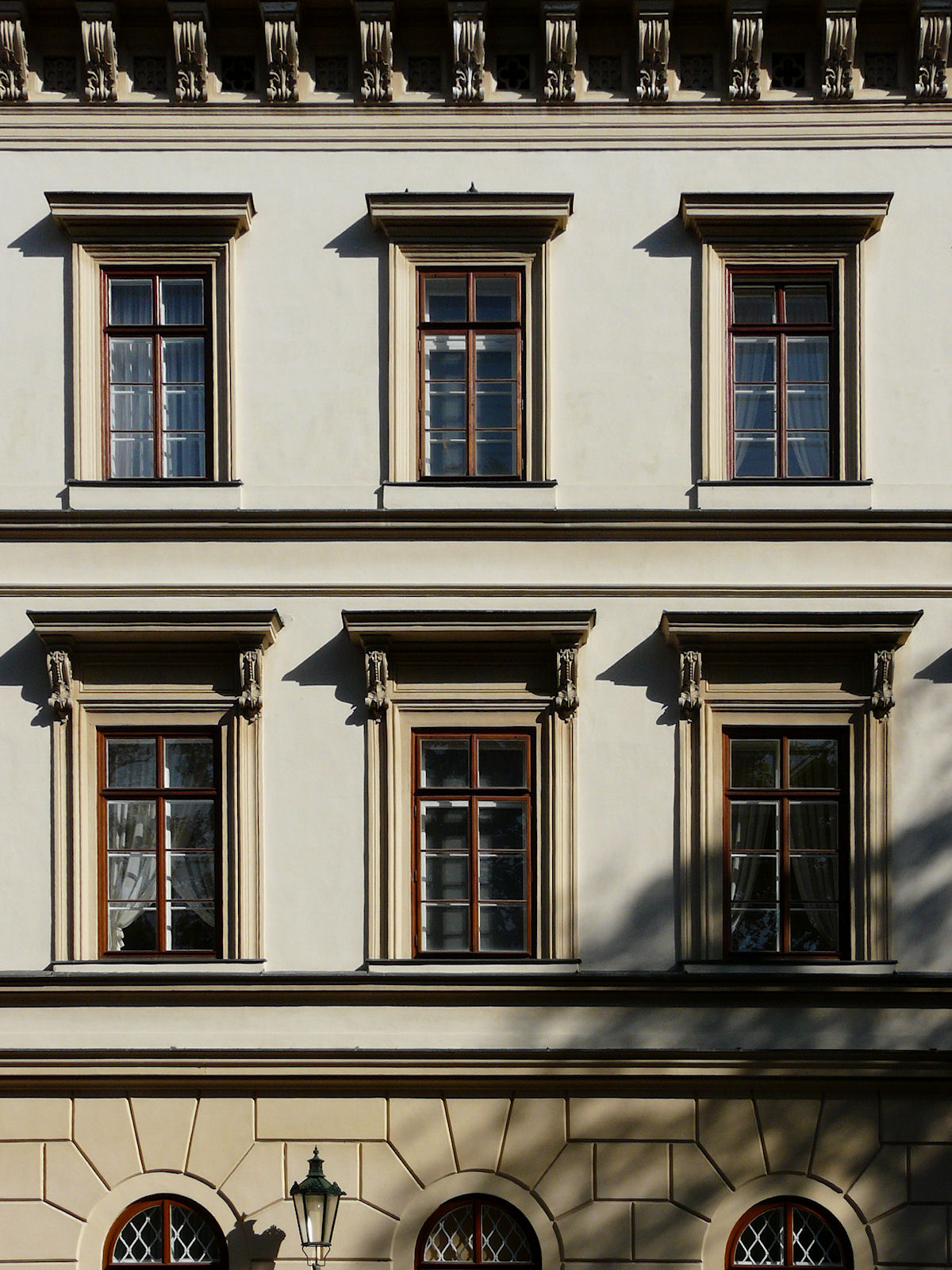