On a high ridge overlooking Prague’s Stromovka park stands the impressive Místodržitelský letohrádek (Governor’s Summer Palace). Though extensively modified in Strawberry Hill style between 1804 and 1805 by Georg Fischer, its tower contains an original gothic staircase dating back to the late 15th century, when the building was first constructed as the royal hunting lodge of the Jagiellonian King of Bohemia Vladislav IV.

The name ‘Governor’s Summer Palace’ alludes to the building’s then owner Jan Rudolf Chotek, Count of Chotkov (1748-1824). As Minister of Finance he played a significant role in the increasing industrialization of Bohemia (according to one source, introducing English spinning machines to the region).

At present, this somewhat neglected place serves as a repository for periodicals and magazines from the National Library. 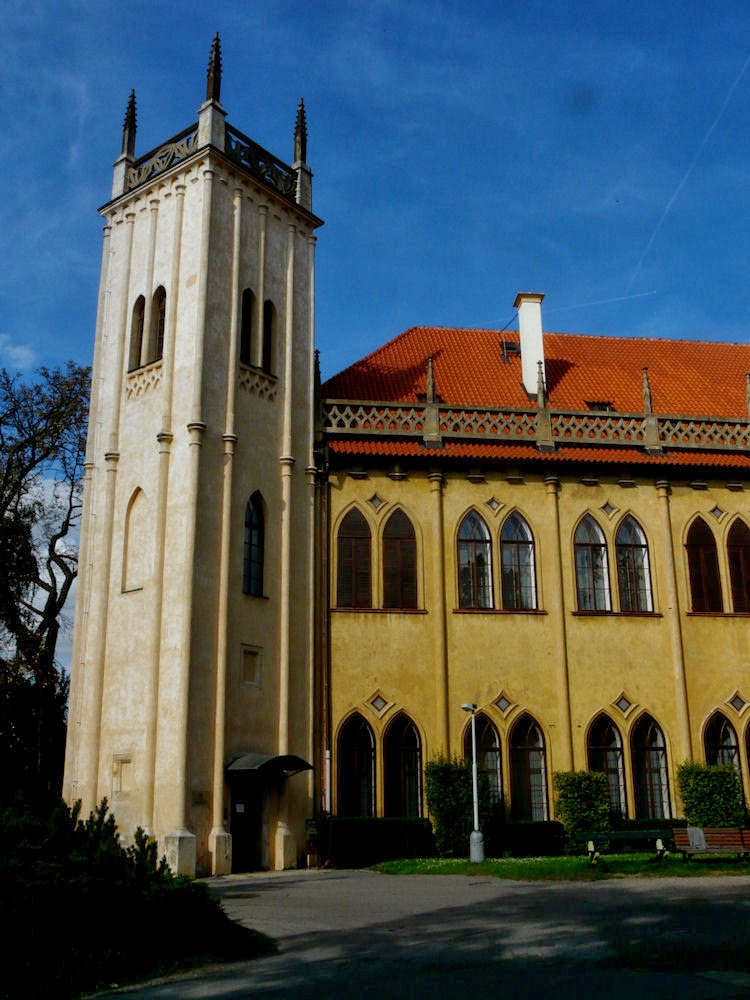