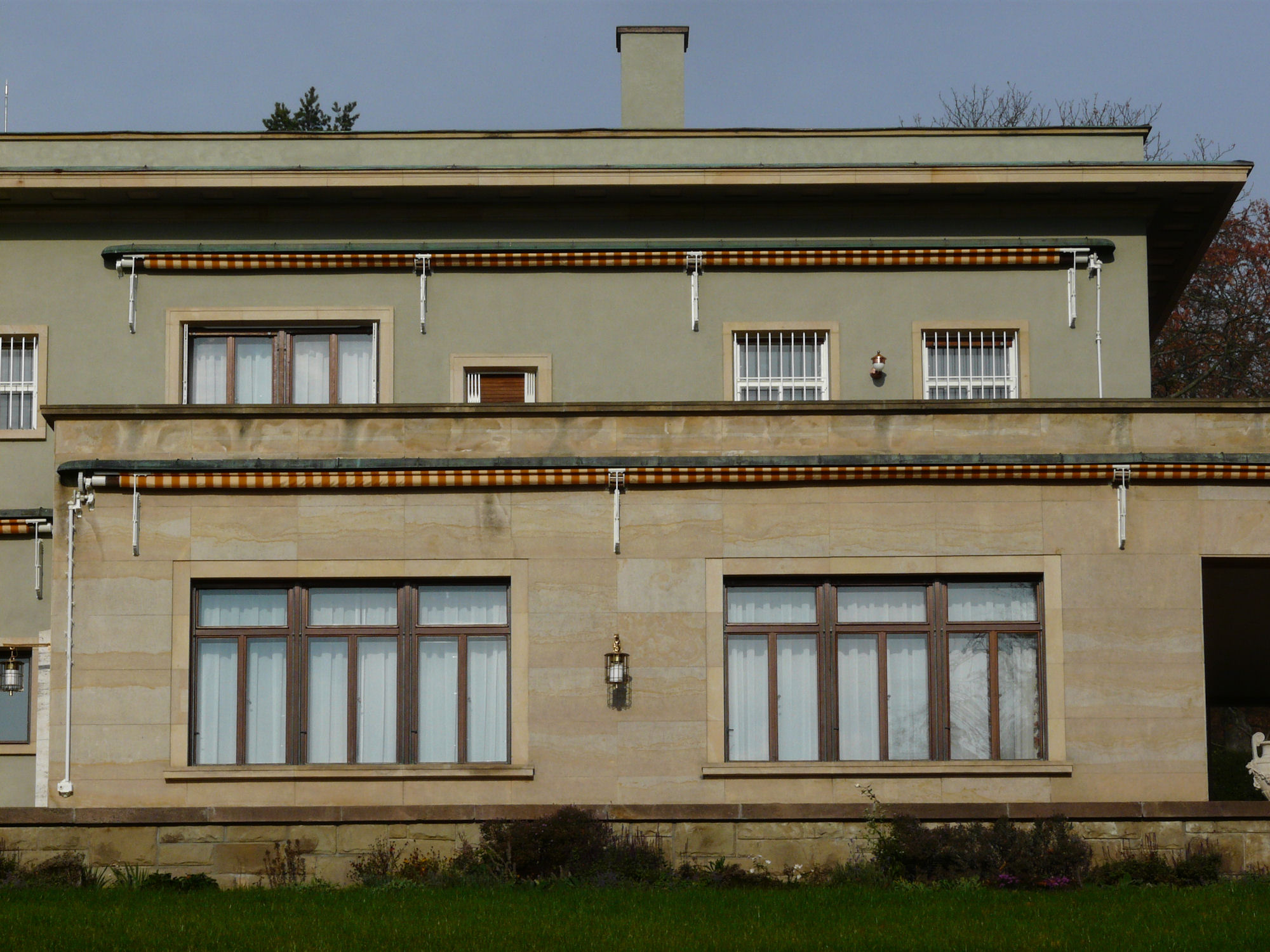 Predating Mies van der Rohe’s nearby Vila Tugendhat by two years, this house — commissioned by textile manufacturer Alfred Stiassni and his wife Hermine — was built to the design of local architect Ernst Wiesner between 1927 and 1929.

Like the Tugendhat villa, the house’s long low rectilinear form reflects the contemporary fad for functionalist architecture; but its deeply-corniced roof and open portico give the structure a Roman feel, as if the house and its tree-lined garden had been transposed from the Italian countryside to the sloping hills of the Moravian capital.

In 1939, the occupying Nazis expropriated the villa and its grounds; Wiesner fled to Britain, and two years later the Stiassni family escaped to California. After the war, the house became the property of the state, and hosted a number of eminent guests, including the president of Czechoslovakia, Edvard Beneš, in 1946, and the leader of the Soviet Union, Nikita Kruschev, in 1964.

Since the return of democracy in 1990, the villa’s guestlist has grown to include tennis players Arantxa Sanchez and Monica Seles, industrialist Bill Gates, and the mayor of New York, Rudy Giuliani.