Palace of Industry and Trade, Brno

In 1928, the city of Brno hosted the Exhibition of Contemporary Culture in Czechoslovakia. For the main pavilion, the design of Josef Kalous was selected: a V-shaped cathedral of reinforced concrete, its two naves terminating in a single rotunda.

Originally the roof of the open-plan hall was to have been supported on a series of semi-circular arches, but at the suggestion of  Jaroslav Valenta these were replaced in the final design by sweeping parabolas.

Their purpose was to supply greater load bearing for the enormous ceiling; but the result also happened to lend the structure an enduringly modern aesthetic. So enduring, in fact, that the arches have now found their way into the logo of the exhibition centre. 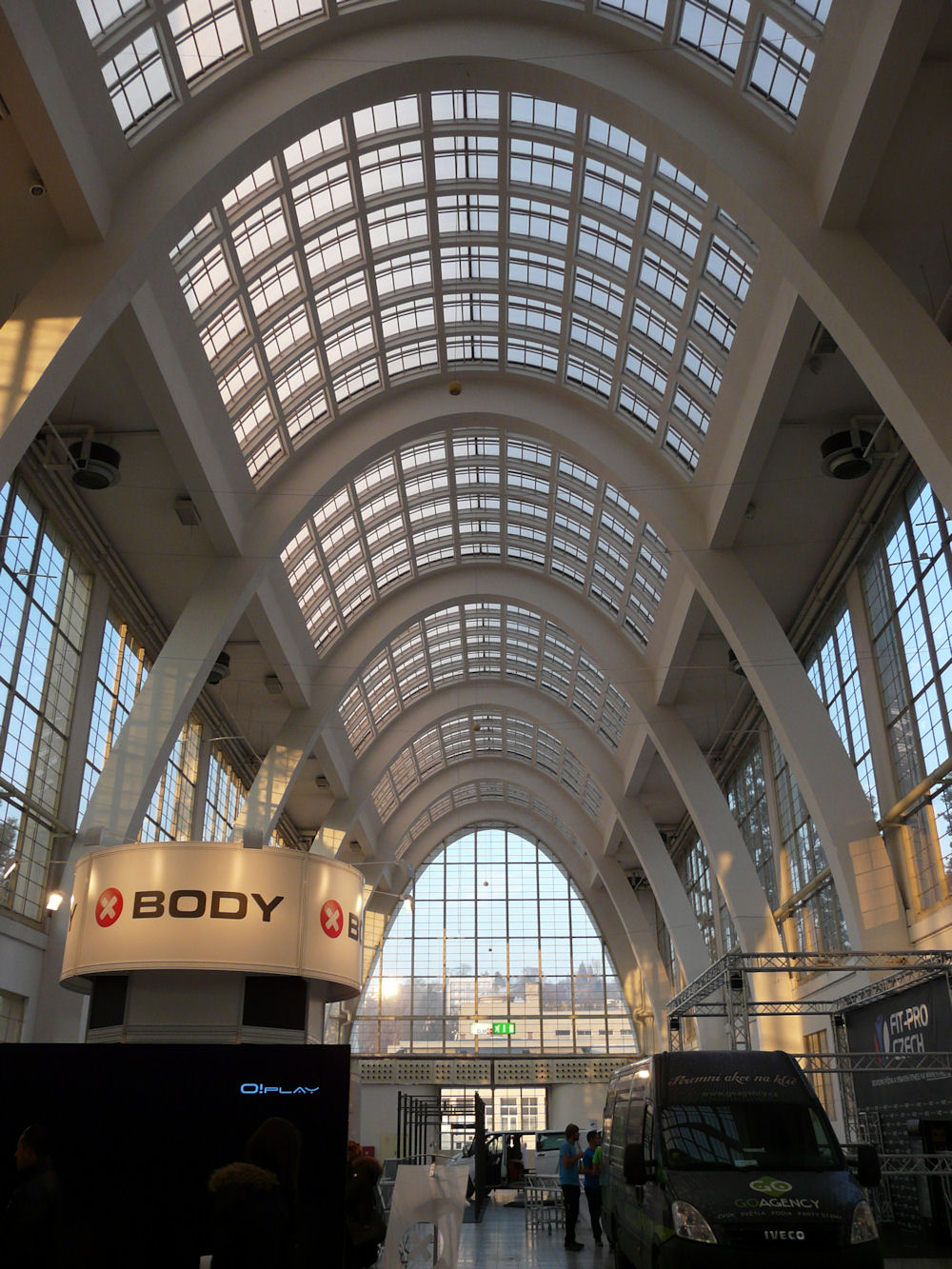 Today, Kalous’s Palace of Industry is just one of fifteen exhibition spaces occupying a site of just over 7 million square feet. And even though the hall itself has long lost its title as the largest in Europe, the Brno Exhibition Centre is still one of the most important trade and conference centres on the continent.