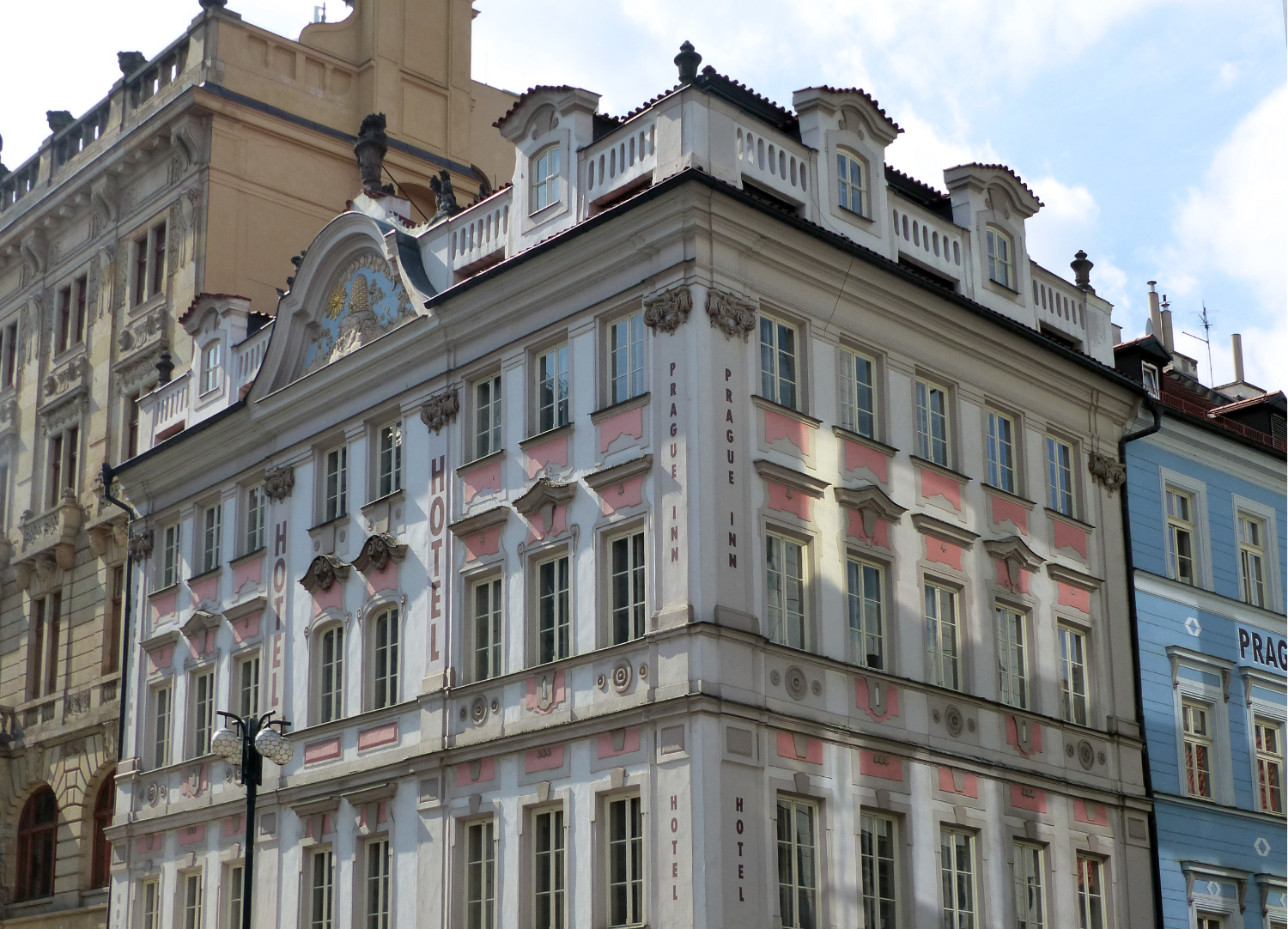 Two separate mediaeval houses stood here at the lower end of Wenceslas Square until the year 1572, when the Betengl (or Wettengl) family had them joined together and substantially enlarged.

In 1621, the property was confiscated from Kryštof Wettengl the Younger, who had been supplying arms to the Czech Estates during the Battle of the White Mountain. The house was later returned to his brother John on condition that he swear loyalty to the victorious Emperor Ferdinand II.

In 1789 the builder Zachariáš Fiegerth was commissioned to re-face the house in baroque style for a beeswax-chandler named Nicholas Fischer. From this date comes the stucco sign, which earned the house its nickname ‘Velký úl’ (the Great Beehive) or ‘U zlatého úlu’ (The Golden Beehive). Today the building is the home of the Hotel Prague Inn.